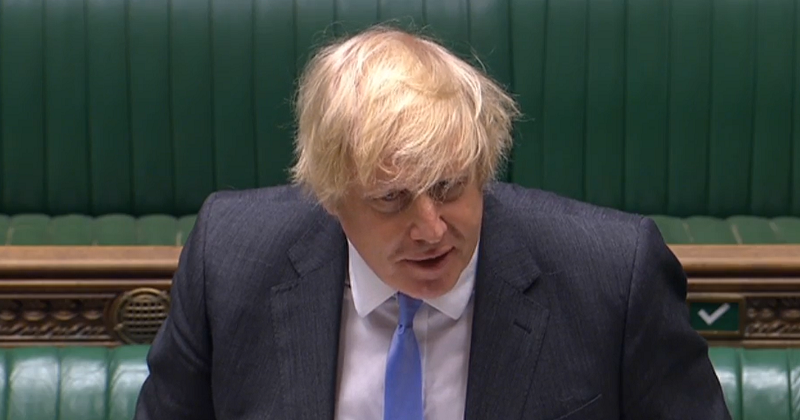 Schools will reopen with “full attendance” in September, the prime minister has said, as he announced a relaxation of social distancing rules in England.

Boris Johnson told the House of Commons today that “primary and secondary education will recommence in September with full attendance”, adding that “those children who can already go to school, should do so because it’s safe”.

But headteachers said today it was “pure fantasy” to suggest that reducing the social distancing rule to one metre would allow all children to return in September.

Ministers have previously expressed a desire to see all pupils back in September, but many schools have warned this will be impossible under current social distancing rules.

But Johnson announced today that the government will reduce the distance that needs to be maintained from two metres to one from July 4.

He said that before September, government will “work with the sector to ensure we have a clear understanding of how to ensure minimal risk of transmission of the virus.

“By then, our objective is to have got the rate of transmission and incidence down so far [that] we are able to go forward in a much more normalised way.”

Sir Keir Starmer, the Labour leader, said that overall he welcomed the statement.

“I do think it’s safe for some children to return to school and I completely support that,” he told MPs.

“The question is how quickly we can get all children back to school safely – the sooner the better. My offer to work with the PM still stands.”

But Geoff Barton, general secretary of ASCL, said it was “pure fantasy” that relaxing the two metre social distancing rule will allow all children to return to school in September.

“It may be possible to accommodate more pupils in classrooms with a 1m separation, but not all pupils. There just isn’t enough space in many classrooms to do this.”

It comes after Gavin Williamson, the education secretary, announced on Friday that the government would be looking at expanding in-school “bubbles” to include whole classes.

Barton said the reduction of social distancing rules “isn’t a magic bullet, and nor is the education secretary’s suggestion on Friday of doubling the size of social bubbles to 30, in order to facilitate a full return to schools”.

“The idea of a social bubble is to have a consistent group which doesn’t mix with other pupils, whether it is 15 or 30.

“It is difficult to see how this could be achieved with pupils moving between different subject groups, and in playgrounds, corridors, sports fields, and transport to and from school.”

Dr Mary Bousted, joint general secretary of the National Education Union, said that even with a one metre social distancing rule, “that will still be difficult for schools”.

“Class sizes are already at record highs in secondary schools, but the current situation calls for groups around half that size. This is not just important for social distancing but to ensure that children get the increased one-to-one attention that is so essential to getting through the trauma of the pandemic, and back into normal learning and social interaction.”

The PM said today the country’s “long hibernation is beginning to come to an end and life is returning to our streets and shops”.

But he warned that although a “new but cautious optimism is palpable”, it will be “all too easy for that frost to return”. He added that he trusts in the “common sense and community spirit” of the British public to “see us to victory”.