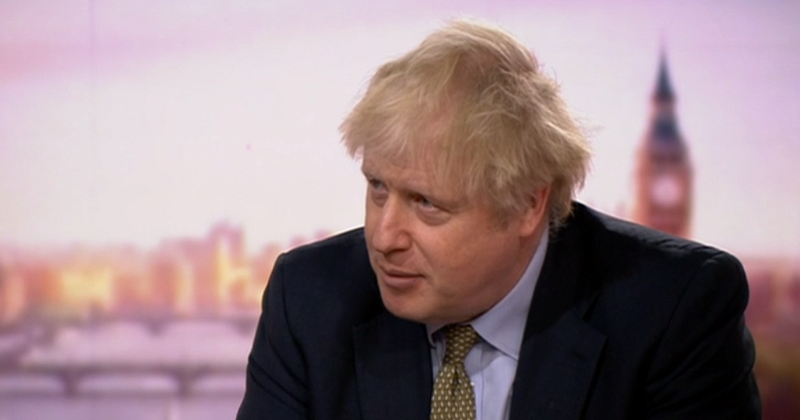 The government hopes to begin reopening schools from March 8 if its target for the first phase of vaccinations is met, Boris Johnson has said.

The prime minister told the House of Commons this afternoon that it would “not be possible” to reopen schools immediately after February half term.

But if the government’s target of vaccinating people in the four most vulnerable groups is met by February 15, “we hope it will therefore be safe to begin the reopening of schools from Monday March 8”.

This is because those priority groups are expected to develop immunity about three weeks after the programme is completed, the prime minister said.

Ministers will also provide a “programme of catchup over the next financial year” – with a further £300 million of new money for tutoring. The government will also collaborate with the education sector to develop “specific initiatives for summer schools and a Covid premium to support catch-up”.

Johnson also said the government would “prolong” arrangements for providing free school meals for eligible pupils at home “including food parcels and the national voucher scheme until they have returned to the classroom”.

The prime minister said school closures had had a “huge impact” on learning “which will take more than a year to make up”.

“So we will work with parents, teachers and schools to develop a long-term plan to make sure pupils have the chance to make up their learning over the course of this Parliament.”

Johnson said reopening schools would be the priority as the country moves out of the lockdown, but warned it was important not to “relax too soon”.

“If we do, we run the risk of our NHS coming under still greater pressure, compelling us to reimpose every restriction and sustain those restrictions for longer.”

However, although he said that efforts so far “do appear to have reduced the R rate”, Johnson warned that we “do not yet have enough data to know exactly how soon it will be safe to reopen our society and economy”.

But the overall picture “should be clearer by mid-February”, Johnson added, including knowledge about the effect of vaccines on preventing hospitalisations and deaths.

The government will then publish its plan for taking the country out of lockdown in the week beginning February 22, the prime minister said, adding that he was aiming for a “gradual and phased approach towards easing the restrictions”, beginning with reopening schools as a “national priority”.

However, he rejected calls from Labour leader Sir Keir Starmer to vaccinate school staff over the half term break.

“The JCVI priority list 1-9 is designed by experts, by clinicians to prioritise those groups who are most likely to die from coronavirus. By trying to change that, and bring in other groups of public sector workers to be decided by politicians, he has to decide which vaccines will be taken from which vulnerable groups.

“By making it more difficult for us to vaccinate all those vulnerable groups in the fastest possible way, that Labour policy would actually delay our route out of lockdown and delay our ability to get kids back into school.”

Geoff Barton, general secretary of the Association of School and College Leaders, said it’s “crucial” the government ensures “full reopening is done in a way which is safe and sustainable, and which inspires the confidence of education staff and the public.

“It must straighten out the confusion over the use of rapid turnaround coronavirus tests, review its guidance on safety measures for schools to make sure these are fit-for-purpose, and set out a timetable for the vaccination of education staff.”

Meanwhile Paul Whiteman, general secretary of the school leaders’ union NAHT, said the government must now “collaborate with school leaders and their teams to make sure that there is a workable plan for lifting the lockdown. This includes reviewing all of the safety measures that schools have been using up to now, to make sure they are still effective.”

Johnson hopes ‘all schools’ will go back

While there has been talk of the potential for a staggered return of pupils, Johnson indicated during the Downing Street press briefing on Wednesday evening that he wanted to see all pupils return at the same time.

“The date of March 8 is the earliest that we think it’s sensible to set for schools to go back, and obviously we hope that all schools will go back,” he said.

However, he reiterated that return on that date was dependent on the success and effectiveness of the vaccine in driving numbers of deaths down..

“I’m hopeful, but that’s the earliest that we can do it, and it depends on lots of things going right…and it also depends on us all now continuing above all to work together to drive down the incidence of the disease.”