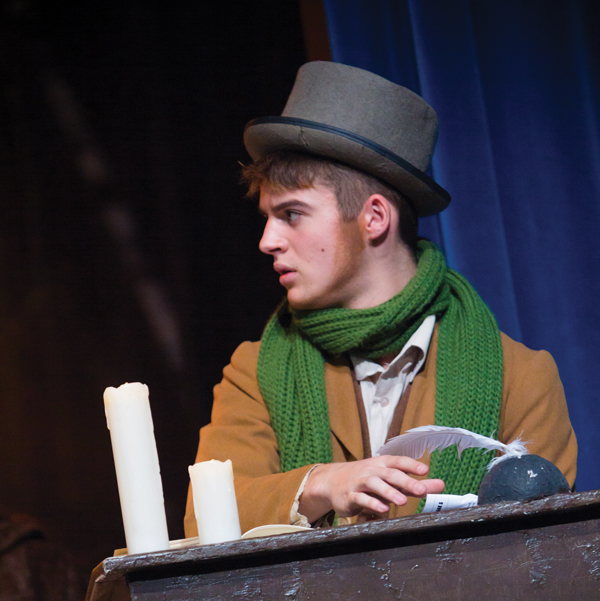 A Nottingham student hopes to tread the boards in the footsteps of actors such as Benedict Cumberbatch and Colin Firth after winning a place in the National Youth Theatre (NYT).

Joe Goodhead (pictured), a year 12 drama pupil at independent school Trent College, will take his NYT place after being one of those selected from more than 4,000 aspiring young actors who auditioned across the
UK this year.

Joe first heard about the NYT three years ago and says he worked hard to gain a place in the prestigious company.

“I like nothing better than performing,” he says. “Whether it’s acting or playing my guitar and singing with my band Insultana, I never tire of the exhilarating feeling being on stage gives me.”

He names NYT alumni Benedict Cumberbatch and Mark Strong, and the US actor Johnny Depp, as his inspirations.