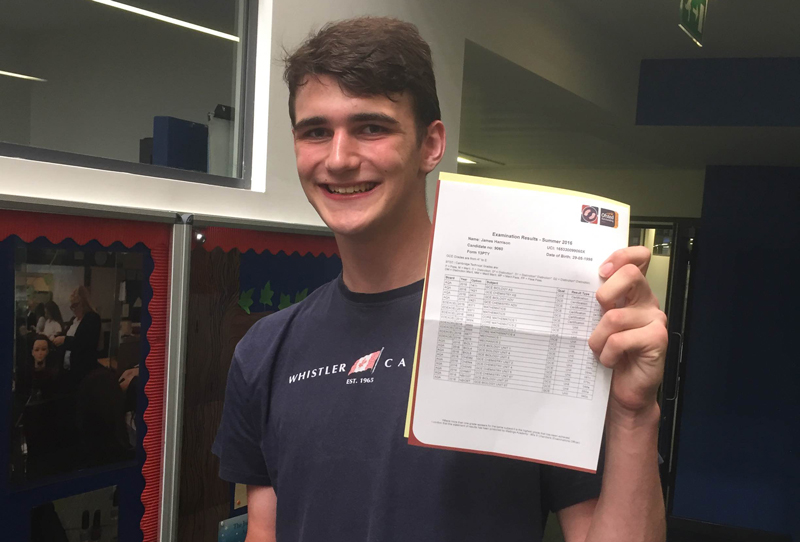 A student from Witham sixth form has bagged a place at university despite suffering from a tumour that kept him off school for seven weeks caused by his 7ft height.

James Harrison has made good use of the height adjustable desks during his school years, but it’s not just his classroom comfort his above average height has interfered with.

When the 18-year-old was in year 11, he suddenly kept falling over. Baffled medics eventually found he had a benign tumour growing out of control in his hip.

The student underwent surgery to remove the golf ball sized growth and spent seven weeks laid up at home, missing his studies.

Despite the absence – during which time his school, Maltings academy a secondary modern in Essex, provided him with work to complete at home – James is off to the University of Lincoln to study chemistry.

Scoring a B in chemistry, a C in biology and a D in maths, he is on his way to achieving his long-held dream of becoming a research chemist.

James (pictured), who swims to keep himself physically fit, said: “With me being so tall and this thing growing out of control, it just has to be to do with my height.

“I didn’t panic with having the time off. I couldn’t move, so I just had to handle the card I was dealt. But, the support of my teachers has been the most important thing to get me here, it has been vital.”