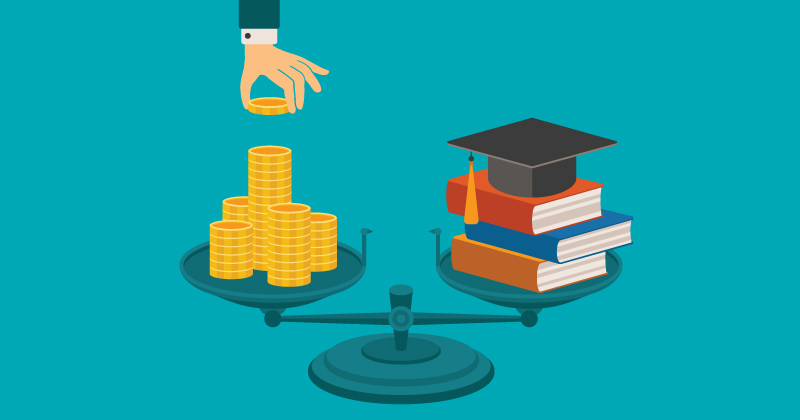 Contrary to the claims of some researchers, academisation is not creating a market, and it is not putting finances ahead of pupil success, says Martyn Oliver

Exams finished, the sun shining, and pupils, parents and teachers nervously wondering if the little voice in their head whispering “it’s coming home” is correct.
And then, the latest big scandal hits. This time, it’s a report from the Institute of Education that slams structural changes to the school system, predominantly through the rise of academies.

The headline pulled no punches: ‘A market-led school system has put finances before the needs of pupils’, which is a serious accusation. I don’t think it’s a remotely accurate view of our system, and the report fails to prove it.

The crux of the argument revolves around free school meals: according to their data, schools judged ‘outstanding’ admit fewer children that qualify. Through this, it seems to have been extrapolated that the whole system is in crisis, even though there may be several explanations for the stat.

For example, at one of our schools in Middlesbrough, the percentage of FSM pupils has fallen 10 per cent since 2014, but the raw numbers of FSM pupils have actually risen (530 to 564). This is because, as the school has come out of special measures, parents that had abandoned it (or planned to go elsewhere) come back, increasing the roll (857 to 1080) and reducing the FSM percentage.

There are other factors that can have a huge impact, such as parents gaining low-paid work and losing eligibility, or parents increasingly not applying for FSM at the end of key stage 1. The study doesn’t seem to have picked up on nuances like this. The research is also based on four areas, rather than the whole country, and two of them have a significantly lower-than-average density of academies and multi-academy trusts.

This is, quite frankly, shallow data, used to dress up political point-scoring as something more robust. Simply put, academisation is not creating a market, and it is not putting finances ahead of pupil success. Academies are charities whose purpose is to advance education in their area through educating their pupils to the best of their ability. I haven’t seen a single school, in all my years in the sector, that fits these bogus accusations. It is true that there have been rare, usually isolated cases of corruption in both academies and local authorities, but I’m tired of those ideologically opposed to academisation speaking as though it happens everywhere they go.

The authors then blame academisation for over-testing and narrowing the curriculum. Whilst I have no doubt that some schools are focusing too much on accountability measures, I see no suggestion this is exclusive to academies, or caused by structural changes. The irony doesn’t escape me as I pen this piece from a stadium in Leeds, watching children from across the trust compete in our annual ‘Olympic event’, before heading off to watch over 800 students perform at the York Barbican!

There are nevertheless a few points of interest in the report. There is some sense in suggesting that the Ofsted framework can make judging schools with a disadvantaged intake more difficult, although the best inspections take into account these difficulties. But even then, there is a counter that these pupils need a good school more than most, and if some are providing Ofsted-outstanding education in disadvantaged areas across the country every day, why shouldn’t everyone be held to this high standard?

The authors sum up their accompanying op-ed by claiming academisation produces “a system that places economic incentives above equity, inclusion and professionalism”. This is wrong on all counts.

I have covered the equity point, but the claim that inclusion is not one of the highest priorities of academy leaders (well above economic incentives) is nothing short of offensive. There are countless MATs, like ourselves, who have sponsored school after school in some of the most challenging circumstances: high levels of deprivation, high unemployment, even schools facing huge financial challenges. MAT boards who actively sponsor schools in these difficulties will be offended to read this report.

As for professionalism – every school I see, both academy and maintained, is attended to by staff who, across the board, are professional, polite, and hard-working. This is the last of a number of lazy accusations in an ill-thought-out piece that prioritises narrative over truth.

So next time, when we have a manufactured scandal that wakes us from the end-of-year activities, can it at least be worth our time?