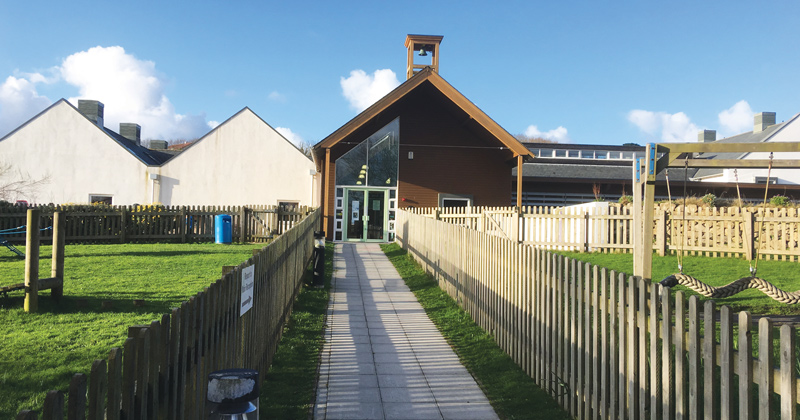 The only school on the remote Isles of Scilly in the south-west is joining a multi-academy trust with a standalone academy school 28 miles away on the mainland, after it was put into special measures.

Five Islands School (pictured), an all-through boarding school, made the front page of Schools Week last year after its ‘inadequate’ Ofsted rating triggered an academy order, even though it is at least a three-hour ferry journey from the southern tip of Cornwall. Worse yet, between November and March, it is only accessible via a 15-minute aeroplane trip costing £100 each way.

It’s actually a second option, after it was unable to join Venture, the multi-academy running Trevithick Learning Academy, which has supported Five Islands over the past year.

Trustee proposals were not agreed to everyone’s satisfaction

According to the government data on planned academy changes, Five Islands should have converted at the start of November with Trevithick Learning Academy (now Venture) on mainland Cornwall as its sponsor.

Sara Davey, the executive headteacher of Mounts Bay, claimed both schools were originally planning to join Venture, but that “proposals were not agreed to everyone’s satisfaction”. She said she did not know what they were.

Five Islands now expects to convert to academy on March 1, once a land issue regarding boundaries is resolved, and the Leading Edge trust will incorporate shortly afterwards.

Ofsted dropped the school from a grade three to a four last year, because pupils were underachieving and misbehaving, and some senior positions remained vacant.

In 2013, a report investigating a former headteacher who had been wrongly suspended, caused the former education secretary Michael Gove to recommend the school join a multi-academy trust on the mainland.

The isolated nature of the school can make improvement tricky, however. Jo Yeates, its interim headteacher, has struggled to find cover for sick staff because of the isolation.

Interviewing new staff is also “tricky, as it’s quite expensive”, and the school is forced to use Skype.

Meanwhile the school is also on the hook for aeroplane flights. It covers 20 per cent of the £100 ticket for any teacher travelling to the mainland, which Yeates herself does every few weeks to see her family.

School trips are also “interesting” to organise, she said. Pupils stay overnight at Mounts Bay academy to participate in events on the mainland rather than get the three-hour ferry both ways in one day. The ferry costs £10 for a child and £50 for an adult.

Altogether, the cost of covering staff and pupil journeys is “a lot for the school’s coffers,” she said. “It affects us significantly.”

Davey has spoken to Derek Thomas, the Conservative MP for St Ives, to suggest that the Isles of Scilly get extra “weighting” for funding to account for its high transport costs. Schools Week approached him, but has not received a response.