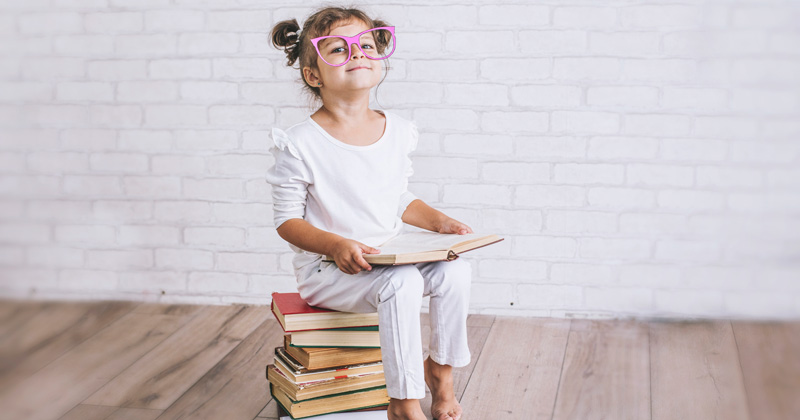 Trying to motivate children to higher performance by making learning more enjoyable may have the opposite effect, argues James Croft

The idea that pupil enjoyment or ‘happiness’ is key to effective learning is so widely subscribed to among educationists that it is almost never questioned.

According to received wisdom of pedagogical authorities since Rousseau, real learning is supposed to be a vital and enlivening experience – one that uplifts and energises both learners and their guides.

But is this account adequate to the realities of life and learning? Rousseau didn’t think so. In a side of his thinking often passed over, the Genevan enlightenment philosopher wrote that far from impeding learning, trial, frustration and failure (which he termed “suffering”) often act as powerful pedagogical tools. “A child’s interest might be heightened not only by his excitement and pleasure but also, and perhaps more importantly, by his emotional anguish.” Indeed, he maintained, these experiences are what teach us the qualities most necessary for true learning – qualities like resilience, working with others, and adaptability. While Rousseau placed great emphasis on children’s happiness in his writings, it is a fallacy that he equated happiness with positive feelings. His concept of happiness is in fact much closer to the classic idea of human flourishing or eudemonia.

In new research published today by the Centre for Education Economics (CfEE), economist Gabriel Heller-Sahlgren exposes that, as well as being based on a fundamental misinterpretation of Rousseau by subsequent pedagogues, there is little evidence to support the conviction that enjoyment and learning go hand-in-hand, or indeed in any way reinforce each other. While there may often exist a correlation between pupil wellbeing and performance at the individual level, this does not mean that the relationship is causal. For example, higher performance may induce pupils to self-report as happy, rather than their pleasurable experience of learning lifting test scores – or pupil happiness and achievement may be determined by factors that are “unobservable”, such as culture, values, or genes. It is therefore important to investigate the extent to which the assumed causal relationship between well-being and pupil performance holds up to scrutiny.

When using adult life satisfaction as the outcome measure, pupil happiness may be more important

When we do so, we discover what appears to be a trade-off between learning and aspects of wellbeing in many areas of education policy and practice. At a basic level, surveys involving simple self-report of happiness levels illustrate the problem. In an intriguing study of American pupils’ happiness, researchers equipped secondary students with pagers to monitor their happiness in relation to what they were doing in the course of the school day. Pupils self-reported as least happy when in the classroom and engaged in school- and homework. Yet paradoxically we know from other research that spending more time in school, more instructional hours, and more homework raises pupil achievement.

To illustrate evidence of how the trade-off shows at the cross-national level in international large-scale assessments, the author uses data from PISA 2012, the first PISA survey in which pupils were asked how happy they were at school. A clear positive relationship is shown between the average index of pupil-led teaching methods and children’s average happiness at school among OECD countries, having adjusted for average pupil background characteristics and educational expenditures. Then when one replaces average pupil happiness as the dependent variable with the mean PISA score, a negative relationship shows between pupil-led teaching methods and average achievement. When the approach is child-centred, pupils may derive greater enjoyment from what they are doing, but this doesn’t appear to translate to improved test scores.

The reality is that many effective strategies for improving pupil performance are actually just tough going for pupils. They involve a trade-off for young people between happiness and hard work, for the sake of improving their test performance and chances of longer-term success.

Of course, this does not mean that policymakers should ignore these and other aspects of pupil wellbeing entirely.

A basic cost-benefit analysis undertaken in the course of the research, based on analyses by Layard, suggests that pupil achievement is more important from an economic perspective – but when using adult life satisfaction as the outcome measure instead of income, pupil happiness may be more important. It is, however, a choice when all’s said and done. Nowadays, and it’s a trend you can see in surveys across the developed world, voters’ concerns appear to have shifted from material things to causes and campaigns, bigger issues that impinge upon our sense of wellbeing and wider life satisfaction – but that may just be because we have the luxury. Both the global economy and the labour market are only getting more competitive; can parents and educators afford not to trade off in favour of whatever contributes to young people’s success at examination and thereby helps them to achieve their potential?

As much as we like to think so, we can’t have it all. Politicians commonly dodge this issue – it’s their job to manage competing priorities after all, and most believe it best not to talk about it explicitly. As taxpayers we like to believe we can, or should be able to. Of course parents want their children to be both happy and high-achieving, and teachers want to deliver both. But perhaps we’d all be served by taking the trade-offs evidenced in the report published today more seriously. We are, after all, shaping young people’s view of the world, and we ought to do so truthfully.