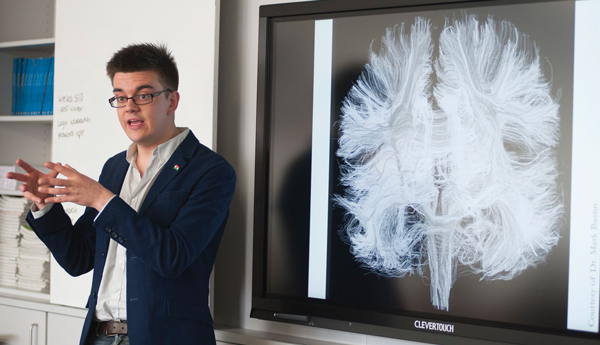 An academic researcher has suggested that academic achievement “gaps” between different groups of pupils cannot be closed as differences in intelligence cannot be “erased”.

Dr Stuart Ritchie (pictured), from the University of Edinburgh, presented research describing the genetic link to IQ, a measure of intelligence, and its controversies in education.

“There is a very strong correlation between IQ and certain factors, such as mortality. Research with more than one million subjects shows this is not just a coincidence. It is strong evidence.

“Research shows that education can improve intelligence. But you cannot get away from the fact that is a genetic [intelligence] trait.

“There are various aspects of the environment that can improve intelligence – malnourished kids get poorer scores – but that is not as much of a problem in the UK.”

One delegate on Saturday asked Dr Ritchie: “If [achievement] difference is so genetic what does that mean for attempts to close the gap between pupils with disadvantaged and less advantaged backgrounds?”

He responded: “It means it is much more difficult than people assume.”

Dr Ritchie explained that while there is some evidence that environments can impact intelligence, most research suggested that education could lift all people’s intelligence, but not even it out.

Another audience member asked why [they] should be a teacher if the result “has nothing to do with [them]”.

The audience were shown illustrations such as the picture of the brain, above. This image shows the “pathways” in white matter; a brain of someone with high levels of intelligence will have clearer white pathways, but as someone ages – of if they are less intelligent – these pathways will break down.