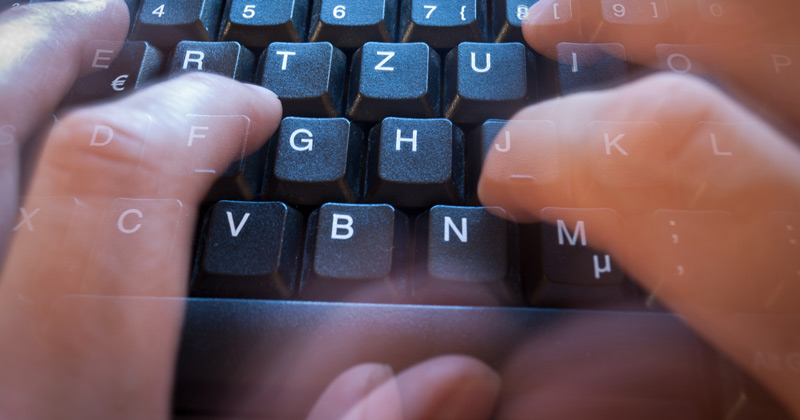 In the era of 24-hour news, stories can spread quickly, and combined with the free-for-all of social media this can be difficult for schools to navigate.

Schools Week has heard how tackling a media crisis can be especially hard for female headteachers, who say criticism of their work rapidly transforms into personal attacks.

‘Who is she, with bingo wings, to tell us how to feed our children?’

Hannah Wilson, executive headteacher of a secondary and a primary school in Oxfordshire, was featured in national press over her schools’ inclusive kitchens that serve halal meat.

As part of a healthy-eating policy, pupils are not permitted to bring packed lunches and may only drink water.  A parent complained to a local paper, and that was picked up in the national media before going “viral” during May half term.

Wilson said: “It went from halal, to packed lunches, to water, to my weight. ‘Who is she, with bingo wings to tell us how to feed our children?’ That was the title of a Facebook hate campaign with 3,500 comments.”

The group openly criticised her personal life because she is single and does not have children.

Keziah Featherstone, head of school at Q3 Academy Tipton, was featured in the media after a pupil posted online a doctored image of Featherstone on holiday, and refused to take it down.

The student was permanently excluded due to behaviour issues, but claimed to have been unfairly treated because of having dyed-red hair. Suggestions were made that the image of Featherstone, in which she had coloured hair, showed double standards.

“That week I was getting death threats and rape threats,” Featherstone said. “It mutates over time and get re-reported,” she added, explaining the story spread as far as international media.

It happened three years ago but she is still coping with the fallout.

‘Multiple Twitter accounts were set up to give me death threats’

Another female head who wished to remain anonymous said she had tried to improve understanding of diversity at her previous school through changes such as a student-led LGBT+ group.

She appeared in the local press alongside accusations of political correctness “gone mad”.

The school was in deficit, meaning a redundancy process had to be started, which sparked a Facebook campaign against her.

Further negative media coverage became personal – including raising questions about her relationship with her partner.

“There were multiple Twitter accounts set up to give me death threats,” she said, and the media coverage was “incredibly unsettling” for pupils. “I think if the same criticism were being made of a male head it would be very different.”

One female primary headteacher told Schools Week similar support, such as coaching, is required for tackling conflict with the local community as with managing media attacks.

“I have been assaulted, spat on, pushed, I’ve had abuse hurled in my face on the pavement outside the school.

“I was a ‘f**king foreign bitch’ immediately. I’m of Greek Cypriot origin but I’ve been born and brought up here.”

She has worked hard to engage with local people and improve the situation and said building a strong support network is key: “Keep fighting, don’t let it demoralise you.”

What can be done?

But how training is delivered depends on the provider. Laura Watkin works in initial teacher development and said that while managing social media comes up in training, it often focuses on positive interactions that promote the school.

How to tackle and cope with negative activity would be helpful, she said, and problems should be raised with and recorded by management.

Melanie Renowden, deputy CEO of Ambition School Leadership, said it can be a challenge to prepare women for the “particular vitriol reserved for female leaders” without putting them off leadership roles.

Ambition School Leadership has developed a women-only version of the National Professional Qualification for Headship.

Featherstone said the teaching unions need “heavyweight solicitors” to tackle false representation, and the Association of School and College Leaders is looking at guidance on how to respond to stories in the media.