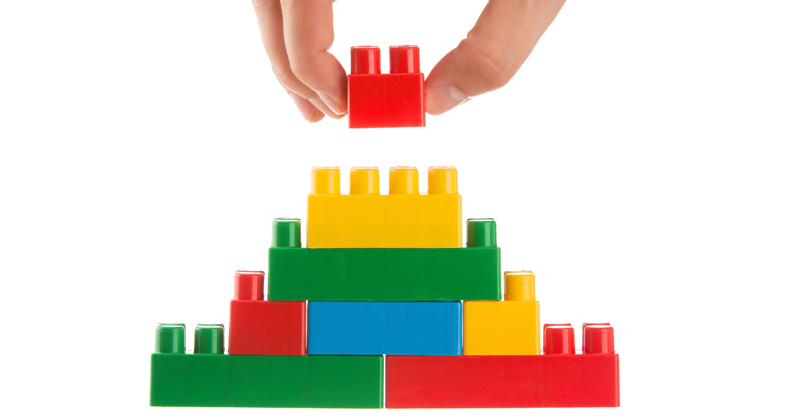 A surge in brand-new academy trusts that open with at least five schools is propping up the number of academy conversions, despite the government backing off its academisation drive.

However of the supersizing trusts last year, a total of 18 of these were brand-new organisations – meaning they opened from scratch with multiple schools that choose to convert together.

The findings come as the government scales back its focus on forcing schools to become academies. Education secretary Damian Hinds announced in May that only an Ofsted “inadequate” rating would trigger forced conversion of schools into academies, and the government’s coasting and floor standards would be scrapped as levers to force conversion.

But this change doesn’t seem to have impacted greatly on academisation, with 1,027 new academies opening last year, compared to 1,175 in 2016-17.

An analysis of the top five largest new academy trusts shows the conversions were normally of schools rated ‘good’ or ‘outstanding’ by Ofsted that had already been working together.

Epping Forest Schools Partnership Trust, created in March this year, took on five primaries in April and seven in July, with another two joining the trust this month.

CEO Peter Tidmarsh said the trust took on schools in waves to make the process more manageable, and all the schools had chosen to join the trust, creating “enthusiasm and good will”.

However, he acknowledged the challenges of opening en masse, for example having to bring all admissions processes into individual schools, and co-ordinating the schools’ bursars and business managers who “need to work absolutely consistently and take on new skills”.

Galileo Multi-Academy Trust is another new all-primary trust with ten schools. Galileo’s schools in Redcar and Cleveland had worked together within a teaching schools alliance of 20 schools before breaking away to form the trust.

The Star Multi Academy Trust in North Yorkshire has one secondary and the rest primaries. The schools worked together as a teaching schools alliance, like Galileo.

Martyn Sibley, chief education officer for Star, said the trust had an important role to play in supporting the area’s small rural primaries, some of which “are terribly isolated”. “I think the trust works for the very small primary more than the very big one,” he added.

Dales Academies Trust in North Yorkshire formed this year by joining nine primaries with a secondary to create a Church of England majority trust.

However the trust’s new chief executive Damian Chubb is also deputy chief executive of the Bradford Diocesan Academies Trust, another Church of England trust, with 15 schools.

Former schools commissioner David Carter has recently spoken about there being “real potential” in trust chief executives supporting other trusts, such

as being trustees at other chains.

While Chubb’s case of dual executive roles across two trusts is different, Carter did warn over conflict of interests if bosses helping over trusts were too close geographically.

Chubb would not comment directly on his dual roles, but the trust’s website explains he splits his time 60/40 between Dales and BDAT.

Devon-based Dartmoor Multi Academy Trust opened with the greatest number of schools in 2017-18, with 12 primaries and three secondaries. Another primary joined in September this year. The trust was built on the “values of both the co-operative movement and the Church of England”.

The Esteem Multi-Academy Trust was set up in June this year and in August took on six special schools and one alternative provision academy from across Derbyshire and Staffordshire.

The schools had worked together as a soft federation before becoming a trust and a further two schools are waiting to join this academic year.

CEO Julian Scholefield said setting up the trust was “very rigorous and quite difficult”. But he added formalising their work together was important, as there was a fear that individual schools in the group might be “subsumed by a larger mainstream trust that wouldn’t really share our ethos”.

“We’re seen as a Cinderella service. I felt that forming a trust would give us strength in numbers and give us the opportunity to put the needs of our pupils first in a larger group. We felt we’ll jump before we are pushed.”

A Department for Education spokesperson said: “Trusts have the flexibility to expand and adapt to local circumstances. However, the regional schools commissioners will only approve a trust to expand where they demonstrate it has the capacity to sustainably improve all its schools.”

Supersizing academy trusts have bolstered their ranks by taking over high-performing schools en masse, a Schools Week analysis has found.

Schools Week delved into the Department for Education open academies data to analyse takeovers during the 2017-18 academic year, revealing the five trusts that grew by the most last year (see table).

The Lighthouse Schools Partnership in Somerset posted the largest increase (167 per cent) – growing from six to 16 academies. All the ten schools that joined the trust were rated either good or outstanding by Ofsted before conversion.

Academies minister Lord Agnew has previously said he believes the “sweet spot” for academy trusts is “somewhere between 12 and 20 schools” – which Lighthouse now falls into.

If we do expand it has got to be right for us and for the school in question, and we’ve got to be able to make a difference

The East Midlands Education Trust took over five schools last year, growing from six to 11 academies under its umbrella. Our analysis only looked at academies, but the trust also took over an alternative provision free school – CP Riverside School – in March.

The trust originally had all secondary schools, but its five takeovers were all primaries.

Trust chief executive Rob McDonough said the primaries were feeder schools for one of the trust’s secondaries, and they took the decision to join this year en masse.

There are a further three primaries that were part of this group, all located in Nottinghamshire, still waiting for takeover.

Despite the rapid rise, McDonough said that the trust has actually still been turning away offers from the Department for Education to take over more schools.

He said: “If we do expand it has got to be right for us and for the school in question, and we’ve got to be able to make a difference.”

The government, through its network of regional schools commissioners, has been keen to warn off trusts from expanding too quickly.

Ministers have had to place trusts on the pause list – barring them from taking over more schools – after some ran into trouble from expanding too quickly, such as the Academies Enterprise Trust.

But Schools Week has previously revealed how the government has offered struggling trusts the chance to expand despite them being in financial trouble.

The Sapientia Education Trust, based in Norfolk and Suffolk, also grew from six schools to 11 in 2017-18, and has taken on another at the start of this academic year.

Like the East Midland Education Trust, Sapientia has aimed to “support existing links” such as  keeping secondaries and their feeder primaries together so it can provide education from nursery through to secondary.

Chief executive Richard Ludlow said the increase was in line with plans to establish four hubs in York, Selby, East Riding and The Humber, and on the Yorkshire Coast.

It aims to have up to ten schools per hub.

The Bath and Wells Multi Academy Trust took on the most schools overall, with 12 new schools from Bath and Somerset joining last year.

The trust, which has a Christian ethos, now has 30 primary schools.

Lighthouse Schools Partnership and the Bath and Wells Multi Academy Trust were approached for comment.