Special school staff are being left “vulnerable” and fearful for their jobs because they have to pick up “increasingly complex” care procedures with dwindling support from medical professionals.

An investigation by Schools Week discovered that school leaders are terrified of reprisals if things go  wrong on their watch, after a year-long research project found staff have been left to “fill gaps” in NHS provision.

The meeting of complex health needs of children in special schools is being delegated to non-medical staff “without appropriate governance arrangements and no additional funding”, the report claimed.

We found examples where school staff were hauled in front of the Teaching Regulation Agency (TRA) over allegations that they failed in their supervision of care. One headteacher told of how a teaching assistant almost lost their career after a mistake in which a child could have died.

There are now calls for new guidance, amid concerns that schools could be breaking the law by effectively providing NHS clinical nursing services.

“This seems to be a recipe for problems that headteachers and school governors are unprepared for,” Judith Smith, who chairs the Yorkshire and Humber special school leaders’ network, warned.

She added that heads were “increasingly concerned” that the transfer of responsibility for healthcare services is happening “at the same time as a growing complexity of medical need in the student population”.

A school nursing conference this year was told there were now 30 per cent fewer school nurses (around 2,100) than in 2010. And the number of children with complex needs was increasing.

In Bradford, for example, the number of nurses has remained static since 2013. However a rise in children in special schools means the ratio of pupils to nurses has shot up from 1:65 to 1:88.

Bradford was one of the four areas that featured in the “special needs school nursing project”  study, commissioned by the Bradford District Achievement Partnership and released yesterday.

All schools have a legal duty to make arrangements for supporting pupils with medical conditions.

Trained nurses are allowed to delegate certain tasks – such as injections, help with asthma inhalers, nasal or oral suctioning and ventilation care – to “unregistered” staff such as teachers and support workers, so long as the task is “within the other person’s scope of competence” and training is provided.

But Marijke Miles, chair of the NAHT union’s SEND sector council, said: “We’re finding increasingly complex medical needs in schools being managed by staff on the lowest grades with training which is difficult to get and difficult to get refreshed. You get huge skills decay.”

The study found delegating some procedures has required “considerable training”. In Bradford, for instance, 4,495 teaching hours per year are commissioned for training education staff in special-needs schools and respite services.

Miles said that in Hampshire, where she is a head, school nursing has been “eroded to virtually nothing but vaccinations”, and nurses do not have the capacity to help with care plans, training or other aspects expected by parents.

Another headteacher, who spoke on condition of anonymity, recounted an incident where a lack of support nearly cost a teaching assistant their career and a child their life.

The worker had failed to check the pH level of a child dependent on oxygen before delivering a nasal-gastro feed. The feed was stopped before anything happened.

“Essentially they could have caused that child real, serious damage as the tube was in the wrong place – it could have killed them,” the leader, who accepts with hindsight that the school’s response was wrong, said.

“We hauled that teaching assistant to a disciplinary when actually we should have supported them. The nursing cover who trained them, who checked his competency – or not – they were quite happy to throw them under the bus.”

In Bradford, headteachers have warned of an increasing reliance on ambulance calls as they struggle with their care responsibilities.

According to data from the Bradford District Achievement Partnership, special schools in the area made 42 emergency calls in the autumn term of 2018-19. Of these, 25 came from just two schools.

In more rural areas, reliance on the emergency services becomes a real problem.

“If there is any intervention required, we would get onto paramedics, ambulance, whatever, but living in a rural area you’ve got 45 minutes to an hour before an ambulance might come, so we have got to do something to intervene,” said Brian Richardson, head at KTS Academy, near Middlesbrough.

There is also a big difference in provision across regions. In Sheffield, for example, schools provide for health needs with advice from children’s community nurses, and have no nursing services whatsoever, whereas in West Sussex services are joint-funded by the local clinical commissioning group (CCG) and schools on a 50:50 basis.

In Kent, only 4 of 13 special schools had NHS nursing or physiotherapy provision commissioned by local CCGs. Some of the remaining nine directly employed a permanent or agency nurse or therapist, but others relied on school staff and a 999 ambulance service “if required”.

Are schools breaking the law?

In a paper compiled for the conference, Emma Smith, an independent consultant, warned that the current delegation practice “may have contributed to establishing what could be an unlawful model”.

It makes you fear for your own job, but the ultimate bottom-line fear is that something will happen to a child and we will be responsible for it

“When clinical procedures are delegated to school staff, it is the school, as employing organisation,  that becomes responsible for this activity,” she said.

“Case law has demonstrated that, when NHS nursing tasks can be delegated, they still remain nursing tasks. This leads to the critical question that has previously been overlooked: on what legal authority are schools providing NHS clinical nursing services?”

Calls are now growing for “clear and consistent governance structure”. Graham Quinn, chair of Special Schools Voice, said there was no publication for school governors and leaders to “suggest how they should respond to this practice of the NHS passing medical care tasks over to schools”.

Guidance from the Royal College of Nursing (RCN) states that a rise in youngsters with life-limiting and threatening conditions, along with a strategic shift from hospital to community care, has increased the need for the delegation of identified care needs.

This was “in order for children and young people to maximise opportunities available to them”, the guidance stated.

But Jacqui Wennington, headteacher at Springwood Primary School in Salford, said: “It makes you fear for your own job, but the ultimate bottom-line fear is that something will happen to a child and we will be responsible for it.”

The RCN welcomed the call for additional guidance to provide “consistency and equity” in service provision.

Fiona Smith, the RCN’s professional lead for children and young people nursing, said: “While media headlines focus on waiting times in hospitals and a lack of beds, many of those who need the help of nurses in schools and community settings are often missing out on the specialist care they need because of the lack of specialist nurses.”

Unions have vowed to lobby ministers to look into the issues, admitting that school leaders are “at risk”. They fear that staff will be held responsible for failures of medical care they are unprepared for.

In November last year, Matthew Pryer, a former SEND co-ordinator at Brandhall Primary School in Oldbury, West Midlands, was banned from teaching for a minimum of two years for instructing a pupil to take medication unsupervised and failing to tell the parents that their child had self-administered medication.

The TRA panel that decided his fate found the pupil “appears to have received two double doses as a result of being allowed to take the medication unsupervised and was at risk of taking further medication later that same day”.

In July 2018, Peter Trythall, headteacher of the now-closed Stanbridge Earls independent special school in Hampshire, avoided a ban for a series of allegations about his management of the care of pupils.

Although some allegations – such as poor record-keeping – were found proven, the TRA threw out an allegation that he failed to adequately supervise school and medical staff to follow safe procedures in relation to a medication error.

A TRA panel threw out the same allegation against Trythall’s deputy, Robert Bailey.

‘We have more children receiving complex care than the infirmary’

Southfield School in Bradford has the equivalent of 1.4 full-time nurses and 0.25 full-time healthcare support workers, despite having 214 pupils with care plans, up from 91 in 2016.

The school has seen an increase in the number of care plans which require manual handling, physiotherapy, feeding and speech and language care, and the research found care being provided was becoming “increasingly more complex, requiring additional training, supervision and assessment of school staff by nurses”. 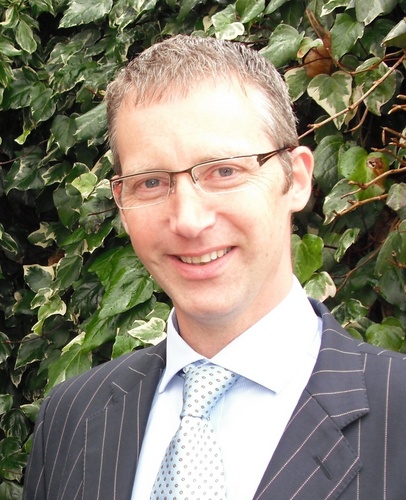 The study said: “School staff feel they are left to fill gaps in NHS funding and provision.

“The special school nursing team are unable to meet the current need with existing resources, due to the number of school staff who require training and assessment and competing priorities from areas such as safeguarding and clinical services.”

Dominic Wall (pictured), the school’s headteacher, told Schools Week that they had “more children receiving complex health care support every day than on all the paediatric wards of the Bradford Royal Infirmary”.

He added: “The law seems to treat my deputy and myself more like the mother and father of a large family living in a semi-detached house on the ring road in Bradford.”

He called for special schools to be recognised as “quasi-clinical settings” with national statutory guidance to ensure safe practice “in the same way that care homes for the elderly do”.