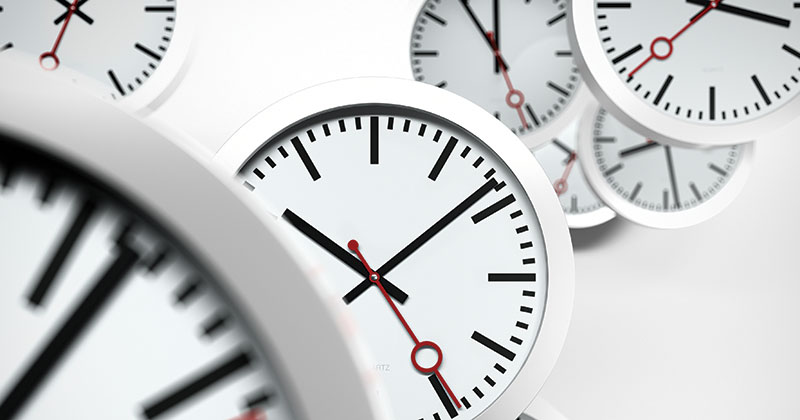 As schools close for the summer break, the government has yet to respond to nine consultations on new reforms – three of which have been outstanding for over 16 months.

With a total of eight years of delays between them, the most important is a consultation proposing tougher new laws on illegal schools, following concerns that children have been radicalised in such settings.

Opened in November 2015, the ‘out-of-school education settings’ consultation closed on January 11 last year – a total of 550 days ago, or around 18 months.

Central government guidance states that all departments should publish consultation responses within 12 weeks.

The government is also still to respond to its ‘implementing the EBacc’ consultation, which ended on January 29 last year – 532 days ago.

Schools Week understands a response to the consultation is due in the coming weeks – but schools have been waiting a year and a half for a response to a policy which, if implemented, would require them to recruit an additional 78,000 language teachers and fundamentally restructure most secondary schools’ timetables.

In the time schools have been waiting, the Labour party has had three different shadow education secretaries. Nick Timothy meanwhile stepped down as head of the New Schools Network charity, became Theresa May’s chief of staff, and was since sacked.

The government even reneged on consultation plans in its manifesto, shifting from a pledge that 90 per cent of pupils would study the Ebacc subjects down to 75 per cent.

The department’s operations have been hindered somewhat this year, however, with two spells of purdah – the pre-election period during which public bodies have to act in a politically neutral manner.

One consultation on staffing advice for schools – which is becoming more crucial as funding cuts push headteachers into redundancies – closed 520 days ago.

According to the government’s website, a consultation on developing new teaching assistant standards has gone the longest without an official response, having closed on November 5, 2014, more than two-and-a-half years ago.

The government once claimed it would never publish the results, and instead later allowed unions to do so – after Schools Week had already published a leaked version in 2015. We have therefore not included this consultation in our round-up.

A Department for Education spokesperson said: “The department takes consultation very seriously. We analyse and review responses in detail before publishing our own responses.”

Opened: November 26, 2015
Consultation closed: January 11, 2016
Days waiting: 550
Details: This proposed new systems to regulate out-of-school education settings that provide “intensive” education to youngsters (more than six to eight hours a week). Plans included a requirement for the settings to be registered, for a body to inspect the settings to ensure children properly safeguarded, including from extremism, and the power to impose sanctions where this has failed.

Opened: November 3, 2015
Consultation closed: January 29, 2016
Days waiting: 532
Details: This revealed government proposals for 90 per cent of pupils to enter the EBacc subjects for GCSE. Ministers wanted EBacc to be the “default option” for all pupils, with a school’s EBacc entry rate to be a headline performance measure.

But the government has since pushed back the 90-per-cent target to 2025 – suggesting the consultation includes lots of information outlining the original target was way too farfetched.

We already know one of the big issues is around the need to recruit thousands more modern foreign languages.

Staffing and employment advice for schools

Opened: December 17, 2015
Consultation closed: February 10, 2016
Days waiting: 520
Details: Views were sought on non-statutory advice to help employers in schools with staffing issues, and provide “consistency in the information provided to all schools”. At the time it was seen to be a way of giving schools more advice on how to legally fire people.

The issue has also now risen in prominence as schools are increasingly facing making redundancies as they feel the effect of stretched budgets.

Opened: May 6, 2016
Consultation closed: July 1, 2016
Days waiting: 520
Details: The government put forward proposals to amend current rules where teachers can be disqualified from the classroom if they live with someone who is also disqualified.

Reporting and acting on child abuse and neglect

In the case of schools, that covered teachers and teaching assistants, plus administrative and support staff such as secretaries and caretakers. Those who don’t report abuse could face jail, under the plans.

Schools that work for everyone

While the grammar proposals have been ditched, it’s unclear what will happen to the remaining plans.

Opposition MPs have pressed the government on when it will respond in parliament, but ministers would only say “in due course”.

Residential special schools and colleges: a call for evidence

Opened: January 23, 2017
Consultation closed: March 17, 2017
Days waiting: 119
Details: The consultation is part of a review by Dame Christine Lenehan on the experiences and outcomes of youngsters in residential special schools and colleges.

Lenehan wanted evidence on the characteristics of youngsters in residential special schools, why they were placed there, and their outcomes.

Opened: December 14, 2016
Consultation closed: March 22, 2017
Days waiting: 114
Details: This second consultation included a detailed breakdown per individual school of what their new budget would look like under the national funding formula proposals.

The publication sparked uproar among schools that lost cash, and others that believed they didn’t get enough extra money.

The issue played a part in the general election, and caused the government to promise to ensure no school would lose cash under the new funding formula. It also includes a linked consultation on plans to overhaul high needs funding, which closed on the same date.