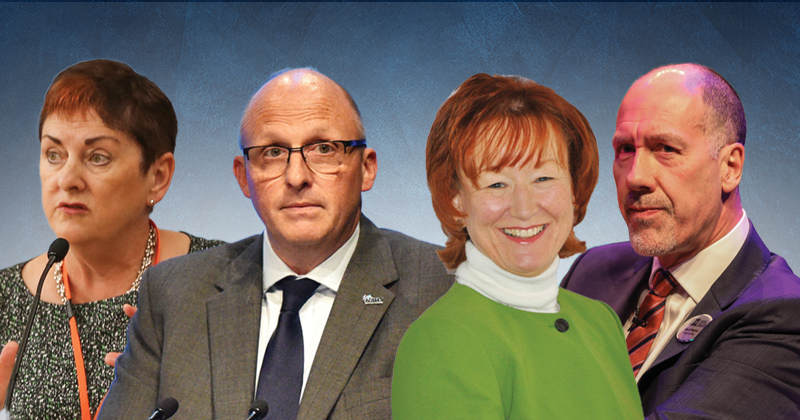 The body that advises the government on teacher pay is being urged by unions to ignore ministers’ proposals for a two per cent cap on rises next year.

The National Education Union, National Association of Head Teachers, Association of School and College Leaders and Voice the Union have written to the school teachers’ review body to ask that it ignores pressure from the government to cap pay.

It follows a demand from the unions for a five per cent pay rise for all teachers and leaders in 2019-20, and comes after the government took the unprecedented step of ignoring the STRB’s advice last year.

The review body, which was until last year restricted in its recommendations by a nationwide cap of one per cent on public sector pay rises, recommended a 3.5 per cent rise for all teachers in 2018-19, but ministers only approved such a rise for those early on in their careers.

In a move that further frustrated leaders, schools were told that additional government funding would not cover the first one percentage point of each rise, after ministers claimed this would already be in their budget.

This year, the STRB looks set to have its remit curtailed again, after the education secretary warned schools can only afford to fund a two per cent pay rise for teachers.

In his evidence to the STRB, Damian Hinds said that a two per cent pay increase would be “affordable nationally, in the context of the cost pressures faced by schools and headroom available for increases in teachers’ pay”.

However, he would not guarantee that any pay rise will be funded by the government, and said: “Although the government provided funding, through a teachers’ pay grant, to support the implementation of the 2018 award, it should not be assumed this will be the case again for the 2019 award.”

Now the four unions are calling for a “fully-funded” five per cent rise for teachers and leaders. They have issued a “supplementary statement” to the STRB, to compliment their original demands.

“The evidence shows that teacher recruitment and retention is in a critical state,” warned Dr Mary Bousted, joint general secretary of the NEU.

“Instead of proposing another real-terms pay cut, the government must act urgently to increase pay for all teachers by five per cent as a starting point, fully funding this increase.”

Paul Whiteman, leader of the NAHT, said it was “disgraceful” for the government to suggest another cap, while Geoff Barton, from ASCL, said teachers and leaders “deserve a decent pay award which is fully funded by the government, addresses the erosion in the real value of pay and tackles the teacher recruitment and retention crisis”.

“The government’s paltry suggestion of a two per cent pay cap is an insult and its suggestion that schools should foot the bill is completely unrealistic given the totally inadequate level of school funding,” Barton added.

Deborah Lawson, who leads Voice, also warned that the government’s promising new teacher recruitment and retention strategy would succeed only “if its aspirations are accompanied and complemented by a fully funded pay increase”.

NASUWT, England’s second largest teaching union, did not contribute to the letter.