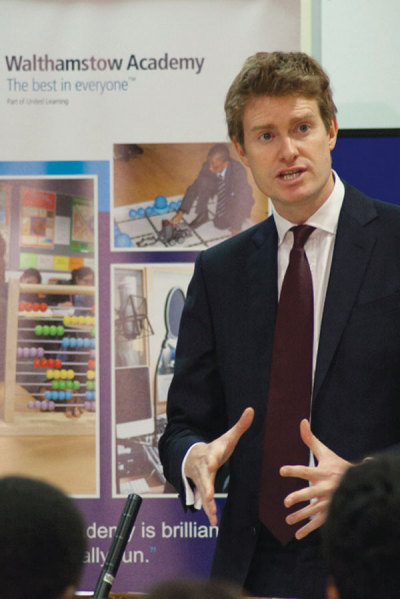 The shadow education secretary announced that a Labour government would make the sector’s business tax relief dependent on their working with state schools as part of a “schools partnership standard”.

But Labour’s plans for the better support of state schools did not include requiring private schools to increase the number of pupils they educated from disadvantaged backgrounds, Mr Hunt said.

Speaking to Schools Week, he said: “This policy is concerned with interaction with other schools; this isn’t about admissions.”

In his speech he said that Britain was an “increasingly divided” country run for the benefit of the privileged few and not the many.

The only possible answer to whether private schools earned their £700 million subsidy was “a resounding and unequivocal ‘no’.

“Over the past few years we have seen the limitations of asking private schools politely. So the next government will say to them: step up and play your part. Earn your keep. Because the time you could expect something for nothing is over.”

The Sutton Trust, which aims to improve social mobility through education, wants politicians to include plans for “open access” – independent schools offering places on merit and parents paying fees based on their income – in party manifestos .

Trust chairman Sir Peter Lampl said: “Whoever is elected in May should strengthen support for such partnerships and encourage sharing of best practice.

“It is important that the right infrastructure and evaluation is in place, as well as funding, if they are to work effectively.

“However, we would like to see the parties embracing a much more radical step too and support a national open access scheme to enable 100 or more leading independent day schools to open their doors to all on the basis of ability rather than ability to pay.”