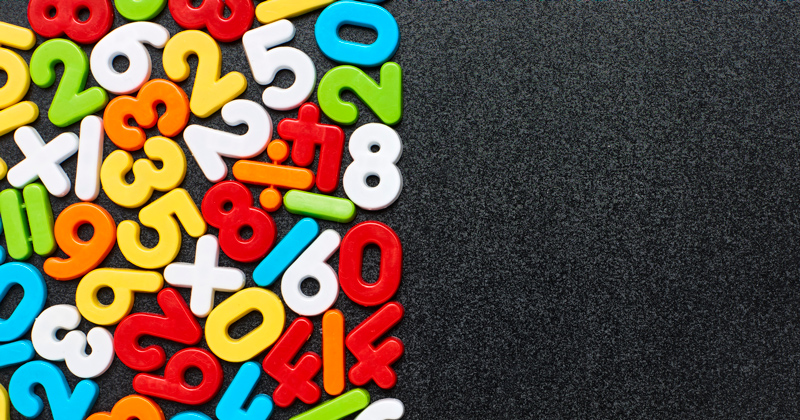 Every year almost 40 per cent of young people leave school without a ‘good’ level 4 grade in GCSE maths. This problem of low attainment in maths is one of the most persistent in education and is almost certain to get worse as a result of the lockdown measures currently in place.

Today, we publish a report of our study, Low attainment in mathematics: An investigation focusing on Year 9 students in England, which was funded by the Nuffield Foundation. We examined how low-attaining year 9 students understand and progress across number, multiplicative reasoning and algebra. Are low-attainers on basically the same trajectory as other students, just a bit delayed, or do they have substantively different routes of progression through the curriculum? Most importantly, what can be done to support these students so that they progress in their learning of mathematics?

We developed a new computer-based test, designed specifically for low-attaining year 9 students, and, for comparison, also gave exactly the same test to year 5 middle and high attainers (almost 4000 students altogether). As you might expect, we found that the strongest factor associated with students’ future attainment was their prior attainment, and this mattered more than things like gender, socioeconomic status and attitude.

We looked for evidence that there are particular concepts and areas of mathematics that are crucial determiners of future learning, but we found no magic bullets here. However, although we found some evidence that low-attaining students have some weaknesses in number and calculation, our study indicates that in general low-attaining year 9 students seem to have broadly similar mathematical profiles to the year 5 students we tested, who were operating at a similar overall level of mathematics. The year 9 students were some four years or so behind their peers, but they were on the same mathematical path.

From our review of the literature, we found that most strategies that are effective generally are also effective for low attainers. We identified 12 evidence-based strategies and approaches that appear to be effective and relevant for teaching low-attaining students in mathematics (see the report for the full list). Among these, we found particularly consistent evidence to support the use of explicit teaching (including what is often called direct instruction). Explicit teaching does not just mean careful explanations, or clear descriptions of step-by-step procedures, but includes structured practice materials which have often been designed and evaluated by expert teams, incorporating both conceptual and procedural aspects of knowledge. These approaches may take the form of at least partially scripted lessons and usually involve feedback.

But, we found that explicit teaching is not a silver bullet, and the effect on attainment was found to be only of a moderate size. Indeed, a contrasting approach, student-centred learning was also found to be effective, with a similar size of effect, albeit with a much weaker and less-consistent evidence base. Research indicates that the strategy of explicit teaching should be employed alongside other approaches, including problem solving and collaborative learning.

We also found evidence to support the use of early intervention for students at risk of low attainment. In general, the effect of an intervention reduced as the duration increased, although higher frequency was associated with increased benefits. We also found that support from teaching assistants to small groups can be effective when provided through structured programmes.

These findings indicate that there are effective strategies that could improve the attainment gap in maths as schools reopen over the next few months, but we also found that teachers need guidance and support to make best use of these strategies. Given the challenges our school system faces, providing this is a matter of urgency.

The full report, Low attainment in mathematics: an investigation of Year 9 students in England can be downloaded here: https://bit.ly/3h95aqo