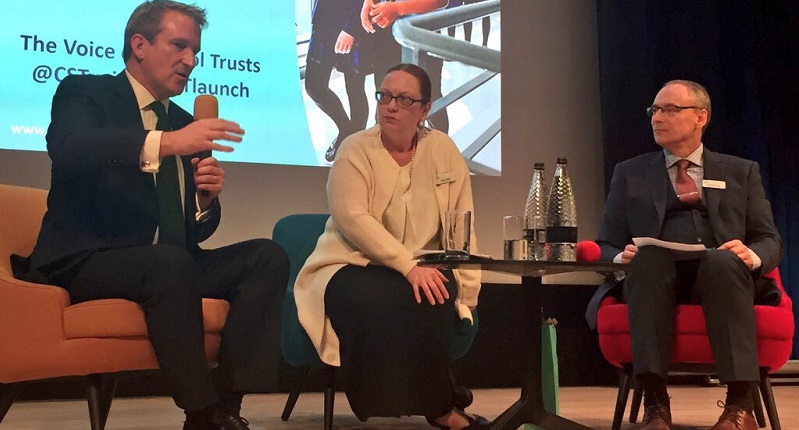 Education secretary Damian Hinds has called on school leaders to come forward with their views on how to better hold multi-academy trusts to account, in a speech at the launch event of the Confederation of School Trusts (CST) today.

Hinds said that he does not have “a preconceived idea” about how to change the current approach, but wants to “evolve” the system and is “really keen” to hear ideas in the coming weeks and months.

Currently, Ofsted can carry out ‘batch’ assessments of groups of schools within a trust, but cannot judge the trust itself.

But changes seem to be in the pipeline. Schools Week reported in September that academy bosses are going to be given a seat at the table with Ofsted inspectors during these group inspections, following a recent trial of the approach.

Speaking at an event at the British Library today, which launched the rebrand of pro-autonomy group FASNA as the CST, Hinds stressed the government has bigger plans to reform the ways the performance of trusts is assessed.

“I am working with the sector to figure out how this should work. In particular I want to hear proposals from multi academy trusts and school leaders, your views are vital.

“We’re convening roundtables and meetings with trust chairs and chief executives across the country and I know that CST are also thinking about what a model of MAT assessment might look like and will be sharing that with us – so as members I encourage you to contribute to that process.”

He said that there were different angles to take into account, including transparency, propriety, financial and operational management, and “a value added angle”.

“I want you to have confidence that our assessments are transparent and fair. I want to make sure that schools and parents can easily access vital information about a particular trust and the performance of the system as a whole.

“I’ve also been clear that I don’t want to introduce anything that would create more workloads for teachers, for leaders or governors,” Hinds said.

Leora Cruddas, chief executive officer of the CST, also spoke at the event and explained the aims of the new organisation.

“CST aims to be the voice for school trusts at a regional and a national level. We want to build a coherent, institutional architecture for schools and trusts in England – one that builds the sector’s capacity, speaks for the sector and develops teachers and leaders through exceptional programmes and qualifications.”

The CST also used the launch to announce a new partnership with the Confederation of British Industry (CBI).

John Cope, head of education and skills at the CBI, spoke at the event, to explain how he felt the partnership could benefit the education system.

“A lot of issues that multi academy trusts are dealing with are issues businesses have dealt with for decades,” he said.

CST has also launched a strategic partnership with the newly-merged Ambition School Leadership and Institute for Teaching.

It was recently announced that the former national schools commissioner Sir David Carter will join the latter organisation as an executive director of system leadership.

The organisations said by teaming-up they will avoid competition to ensure their work has the greatest impact.

Carter said the new alliance will support “local, regional and national networks to share learning and build sustainable collaborations that will lead to better educational experiences for children”.

He added: “System coherence is as big a priority now as I can remember and our partnership will contribute to this as well as build greater capacity for schools and trusts to lead the school system.” 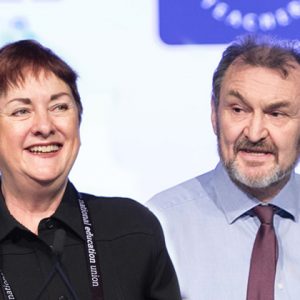 NEU joins calls for probe into...