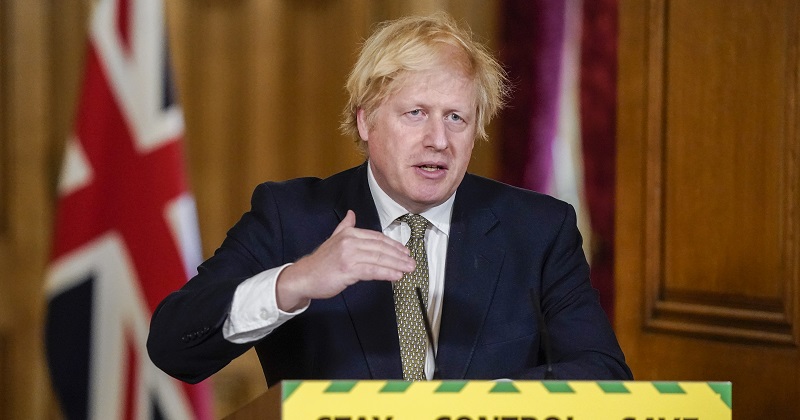 The government has again been warned it must have a plan B in place for September school reopenings, in case a second national shutdown is needed.

Prime Minister Boris Johnson said at a coronavirus briefing today that welcoming all pupils back to school from the start of the Autumn term should be a “national priority”.

He was holding the press conference after it was announced last night that restrictions were tightening again in parts of the North West.

The further easing of restrictions in England has also been postponed for at least two weeks.

Johnson said that new Office for National Statistics data shows the prevalence of the virus within the community in England is likely to be rising for the first time since May.

Asked about the impact on schools in September, Johnson said: “I do believe getting our children back into school on September 1,  August 11 they are going back in Scotland, I think that’s a good thing – that should be a national priority.

“That should be something that we aim to deliver. It’s the right thing for children, they can be educated in a safe and a covid secure way and we should be getting them back into school. What we will continue to do obviously is institute local lockdowns in order to stop the virus getting out of control.”

However, Julie McCulloch, director of policy at the Association of School and College Leaders (ASCL) said while they “fully support” the ambition to get pupils back into schools, another plan is needed on top of the plan for local lockdowns.

She said: “We remain concerned that the government still lacks a Plan B in the event that this does not prove possible because of infection rates, or if there is a second national shutdown.

“Its guidance envisages only a scenario in which schools close on a local basis in response to infection spikes, and instructs them to have contingency plans in place.

“It would surely be prudent, however, for the government to have an alternative strategy if there is a second national shutdown, or otherwise we will back to square one again. For example, this could take the form of blended learning with pupils spending some time in school and some time learning at home.”

She added that the detail of the plan needs to be developed “now” so there would be an “off-the-peg” plan B ready.

“We can all see from recent events how precarious the situation remains over the control of coronavirus, and we cannot assume that Plan A will work.”

Leicester and some surrounding areas had to close their doors to most pupils, apart from vulnerable children and those of key workers, at the start of July when a local lockdown came into force.

Chris Whitty, chief medical officer for England, said from the ONS data, the country has “probably reached near the limits or the limits” in terms of what can reopen in society.

“But we have to be realistic about this, the idea that we can open up everything and keep the virus under control is clearly wrong.

“And what we are seeing is that we are at the outer edge of what we can do and therefore choices will need to be made. But people I think are very clear for example that schools are an absolute priority for the welfare of children.”