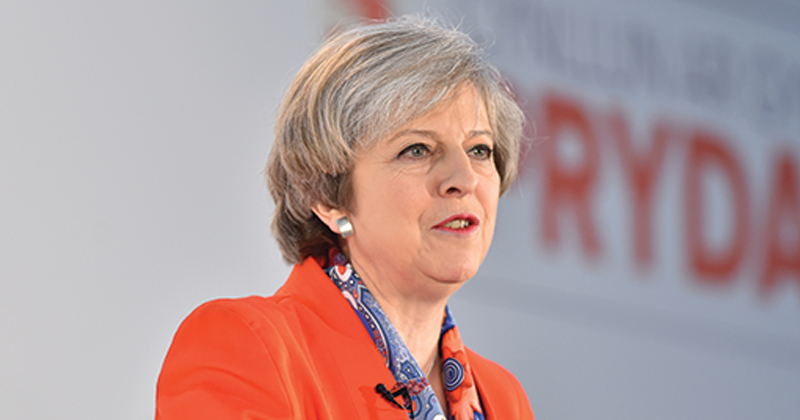 Two schools on prime minister Theresa May’s doorstep will shun any opportunity to convert to grammars, claiming it would put “high quality education available to all students at risk”.

The Royal borough of Windsor and Maidenhead council – which covers May’s constituency – asked for its secondary schools’ views on introducing partial or full selection.

Proposals for expanding selective schools are due in the coming weeks, with existing schools converting to become grammars mooted as one option.

The council has previously said that it is keen to introduce grammar schools, but St Edward’s Royal Free Middle School and Windsor Girls’ School, both based in Windsor, said they have no interest in becoming selective.

The headteachers of both signalled concerns over the wider impact of the selection plans, adding they could not sign up to “a system that puts the needs of the majority at risk”.

However Holyport College, a free school sponsored by nearby Eton College and also based in May’s constituency, backed the government’s plans for selection.

The college, co-founded by the Conservative leader of the local council, Simon Dudley, said it would propose banded entry or partial selection to “ensure the academic needs of all children” were met, should the government allow it.

In a joint submission, Desborough College and Newlands Girls’ School said they would allocate 20 per cent of places to selection by ability if allowed.

The findings show the potential divisiveness of the proposal to allow non-selective schools to become selective.

When it first introduced the plans, the government said such schools would have to meet certain criteria to convert, such as meeting local demand.

These submissions could be used as evidence to show demand on the part of school leaders.

But Rod Welsh, head at St Edward’s, told the council: “A return to a more selective system is highly likely to worsen outcomes for the majority of young people.”

Alongside Gill Labrum, head at Windsor Girls’, he pointed out that the region was the ninth highest-achieving local authority last year.

“This is significantly higher than our neighbours who educate within a selective system.”

The two heads added that there were also places at grammars schools in neighbouring authorities, such as Slough and Buckinghamshire.

They also pointed to various studies showing there was “no compelling or credible research that grammar schools improve outcomes for all”.

But Walter Boyle, headmaster at Holyport, said his heavily oversubscribed college was keen to expand. Partial selection would allow it to “fulfil [its] vision of meeting the needs, academic and otherwise, of all children in the local and boarding communities”.

Boyle said his college had demonstrated a “willingness and ability” to cater for pupil premium children, and had a strong track record with looked-after children.

Desborough head Paul Frazer said: “Pupils gaining admission through this route will be taught a demanding, academic curriculum based on that offered by the majority of grammar and independent schools.”

The other three schools that responded to the consultation said it was too early to comment.

A department for education spokesperson said: “We know selective education can have a positive impact on pupils, particularly those from disadvantaged backgrounds.

“That’s why our consultation on creating more good school places in more parts of the country includes proposals to scrap the ban on new grammar schools – on the strict condition they improve the education of other pupils in the system – as well as harnessing the expertise and resources of our universities, and our independent and faith schools.”