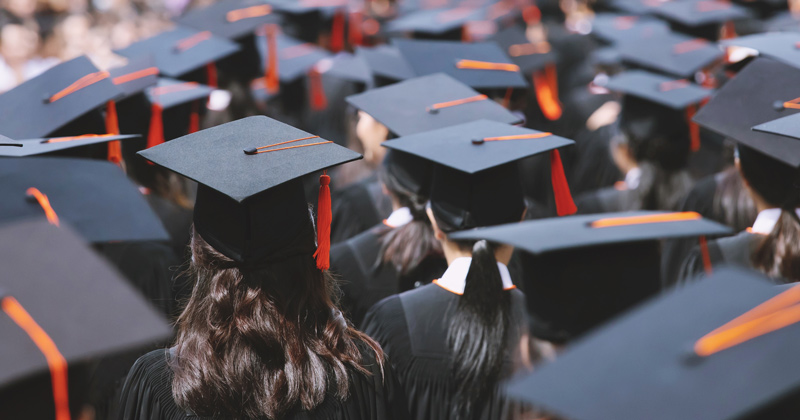 Heads have backed plans to shake up the university admissions process so that pupils apply for places after receiving their results, as UCAS set out two “radical new options” for reform.

The admissions service has said it will soon publish plans for a “post-qualification application” model, which would push the process back to after A-level results day and delay the start of the university term by several months.

The option is being presented alongside a “post-qualification offer” model, which would see pupils continue to apply ahead of results day, but only receive their offers once their grades are known.

Ministers have been under growing pressure to introduce a post-qualification admissions system for university places.

Research by the Sutton Trust published last month showed that 66 per cent of students surveyed in September felt a post-qualification approach would be fairer than the current system of predicted grades.

UCAS announced today that its review of the admissions system had come up with two options for changes.

Under the post-qualification application system, students would apply for places and receive offers after getting their A-level results. To allow enough time for the process to work, university terms would have to begin in January, UCAS said.

Under a system of post-qualification offers, pupils would continue to apply for university places before receiving their A-level results, but would not receive their offers until after after all results had been handed out.

According to UCAS, such a system would mean students would not have to give up potential places until their grades were known, and would allow time to support students with disabilities and those from disadvantaged backgrounds.

The ASCL headteachers’ union today backed the post-qualification application model, with general secretary Geoff Barton saying the admissions system “needs overhauling to make it fairer on students with the introduction of system where they apply to universities with their A-level or other equivalent results already in hand”.

He acknowledged the approach would mean a “substantial change to the academic calendar”, which would “clearly need to be carefully considered”, but said the issue had been “put in the too-difficult drawer for too long”.

“There is great merit in ensuring that students are able to make the best possible choices over what is a financially costly decision and an immensely important one in terms of their future life chances.”

UCAS said the changes would have to be done with the agreement of  universities, and could take several years to be implemented.

The admissions body said it would publish full details of the two models being proposed, along with information on how it will collect and review feedback on them, in the coming weeks.

Jon Cope, director of strategy, policy and public affairs at UCAS, said he recognised a change to allow pupils to apply after receiving their grades would create “some serious headaches” with the January start.

Writing in The Times he said: “The biggest of which would be a nearly five-month gap between the end of Year 13 and January — fine for anyone with independent wealth or connections to get work experience. A likely abyss if not.”

But he added it could be mitigated if the government offered paid traineeships or a National Citizen Service programme “to give young people real-world skills and build character”.

The Office for Students has paused its major review of admissions during the pandemic, while Universities UK is expected to publish the outcomes and recommendations of its fair admissions review in the coming weeks.

A spokesperson for Universities UK said today it was “premature” to look at the PQA issue in isolation “from the review’s wider recommendations”.

A DfE spokesperson said: “We remain committed to delivering on our manifesto pledge to improve the admissions system. We are exploring options that will ensure it is as fair and transparent as possible, and works for every student.”