A top trust last year entered hundreds of native English speakers into a qualification intended for pupils with English as a second language.

In February Luke Tryl, then Ofsted’s director of strategy, warned that the watchdog was looking at secondary schools entering native speakers into the Cambridge International level 1/2 certificate in English for Speakers of Other Languages.

The entries were “pure gaming”, he said, but he would not reveal which schools were under the microscope.

A Schools Week analysis has now found that six of the 10 schools with the most entries last year, compared with their number of English as an additional language (EAL) pupils at the end of key stage 4, belonged to the Harris Federation.

If each entry counted as one year 11 pupil, then at least 98 per cent of the GCSE cohort at each school sat the exam.

The qualification, which was dropped from performance tables this year, counted in the open “third” bucket of Progress 8 last year.

Accountability experts suggested it could be used as a back-up or substitute for other third bucket subjects, potentially boosting scores.

Tom Richmond, the founder of the think tank EDSK, said if any school was “filling up their Progress 8 slot with ESOL qualifications” instead of creative and vocational subjects, pupils could miss out on a broad and balanced curriculum.

Heads might also enter pupils to improve the scores of pupils struggling in their other third bucket subjects.

However, a spokesperson for Harris said the qualification was not used to count towards the open third bucket, adding that the schools were “categorically not gaming the system”.

“Gaming would only occur if a school systematically entered for ESOL to fill an open bucket space which would not otherwise be filled, for students who didn’t need this course because they were not EAL.”

Harris said if you excluded ESOL from its Progress 8 scores last year, the overall score is “only three hundredths of a grade less” (from the current +0.46 with ESOL to +0.43 without). However this implies the qualification must have counted in some pupils’ progress scores.

The trust-wide progress figure also covers all its 26 secondaries – meaning any rises at the six schools identified in our analysis may not show up.

Harris did not provide individual progress data for the six schools.

The spokesperson added headteachers entered pupils in the qualification in the November exam series because its literacy skills were a “useful preparation for English exams” and gave them real-exam experience before GCSEs.

The federation stopped entering pupils for the qualification this year. The spokesperson said this was not because the qualification had been removed from league tables, but because Ofsted had warned in September 2017 that entering native speakers could be perceived as “gaming”.

The schools were doing “their own internally designed version” of the qualification instead.

An Ofsted spokesperson said that it was looking into “a range of qualification and entry patterns to identify where schools may be using qualifications inappropriately”. That included the ESOL qualification.

“It would not be appropriate for us to comment more specifically at this time. However, this work is in progress and we will report on all instances where evidence of gaming is found.” 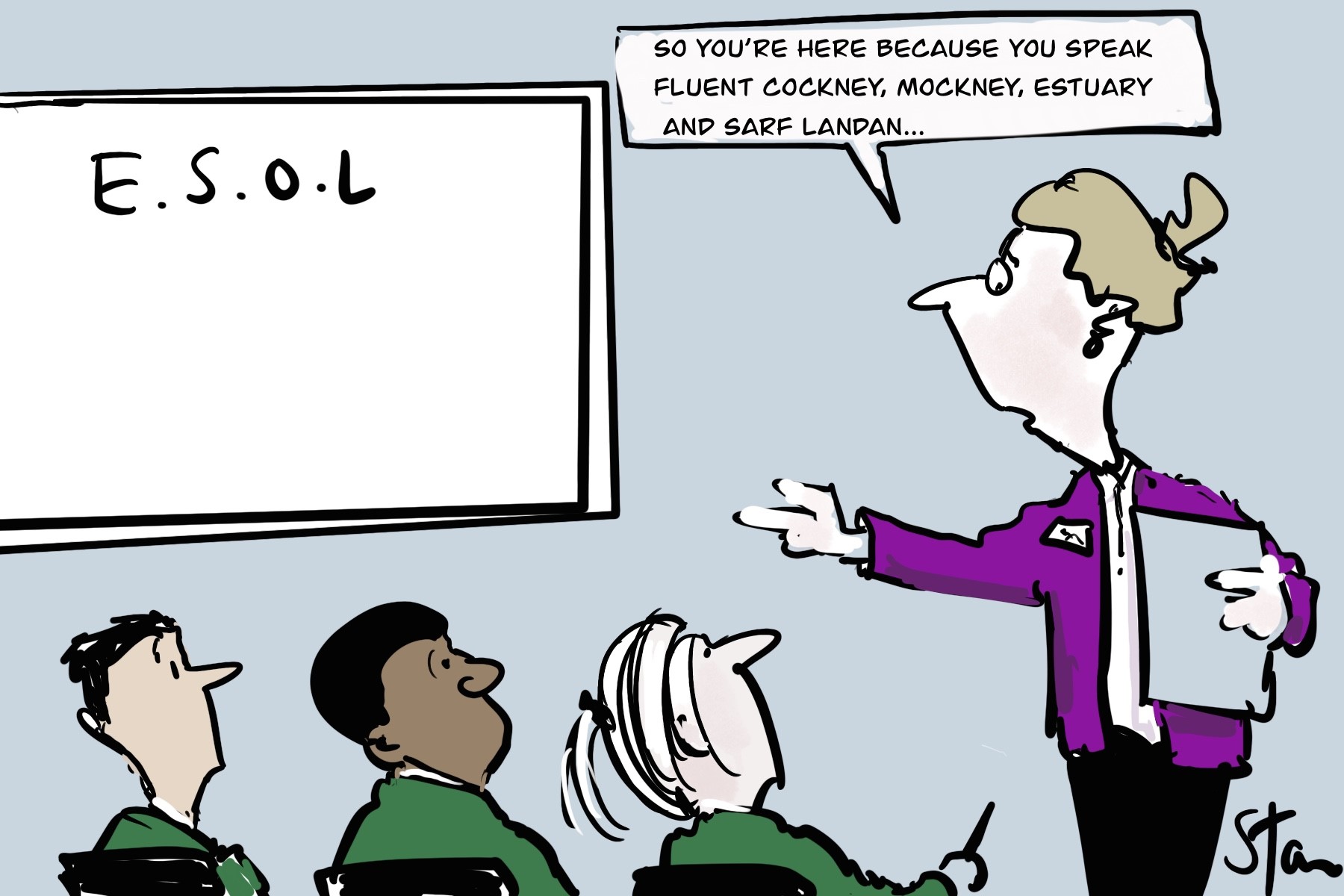 Inspectors have rated all four of the six Harris schools either “outstanding” or “good”. The other two haven’t yet been inspected.

The “outstanding” Harris Academy Falconwood in Kent had just 15 non-English speaking pupils, but 177 entries to the ESOL qualification – the same number as the entire year group.

Ormiston Denes Academy in Suffolk, run by the Ormiston Academies Trust, had just six EAL pupils but 52 entries for the ESOL exam.

An Ormiston spokesperson said it entered a “small number of pupils with low prior attainment” for the qualification and had explained this decision to inspectors during a monitoring inspection.