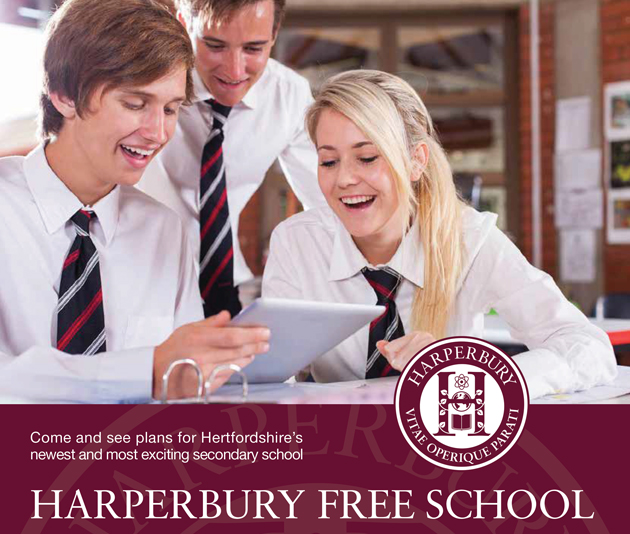 A proposed free school has been cancelled three years after it was given the go-ahead because the planned site was too small – with £1.9 million already spent on it.

The Harperbury Free School was given approval by the Department for Education (DfE) in May 2013 to open the following September in Hertfordshire.

A former hospital site in Radlett, near Watford, was proposed as a potential home for the school, before the Education Funding Agency (EFA) took on the negotiations.

But after years of delays – during which the school postponed opening twice despite pupils accepting offers – the EFA has now said the site is too small and scrapped the project.

The school’s founders, mostly parents and business people, have said they are astonished and questioned the EFA’s ability to manage complicated projects.

Clive Glover, founder and vice-chair of governors, said: “It is frankly scandalous. These government officials have clearly been incompetent to say the very least.”

A letter from the government to the founders said any application would not meet planning laws because the site is in the green belt, adding there was a “risk that no suitable site can ever be found”.

But Mr Glover said he could not understand how the government’s experts on building schools “could not have known the site they secured for us was too small.

“They have managed completely to destroy the valid aspirations of hundreds of local families who desperately want a local secondary school for their children to attend,” he added.

It heaps more pressure on Hertfordshire County Council, which has said it needs more than 500 additional places to meet demand by 2022. Many existing schools are unable to expand because they are also in the green belt.

Last week, a proposed free school 10 miles away from Harperbury, in Harpenden was also postponed due to site problems.

St Albans MP Anne Main was told the cost so far of the Harperbury Free School was
£1.9 million after asking a question in parliament. But Mr Glover said this was a conservative estimate.

The school group had already appointed a headteacher and recruited five teachers. The project had also been given a £440,000 Project Development Grant – one of the highest amounts allocated to a single free school project.

In a letter to Ms Main, schools minister Lord Nash said he did not believe “continuing to commit public funding to the project is the right thing to do”.

A letter to the Harperbury Free School founders, seen by Schools Week, said the school would potentially have to wait until 2018 to open as a planning application was likely to end up in a planning inspectorate inquiry.

The government said it was not confident it could put forward an argument that met the “very special circumstances” needed when applying to build on green belt land. Lord Nash described the risk of not securing planning permission at the hospital site as significant.

This is not the first time the EFA has wasted money on an inappropriate building.

In September 2014, Schools Week found the agency had been forced to backtrack after spending £1.2 million to buy a three-bedroom home in Reading – complete with balconies and pond – to house a school. It was later accepted that planning permission would not be granted.

Schools Week reported last month that four experts have been appointed by the EFA to find free schools sites and “secure best value for the taxpayer”.

Harperbury planned to provide places for pupils in villages on the outskirts of St Albans – where Mr Glover said there are about 1,300 pupils currently attending 57 different schools. It had attracted more than 200 applications for its 120 places.

No appeal process is available to the founders, but local MPs are due to meet with ministers.

A Hertfordshire County Council spokesperson said: “The council has pledged to provide additional places to meet further demand in the future, and has confirmed that it was not relying on additional places from Harperbury Free School to meet short-term demand.”

A DfE spokesperson said it was keen to support the school, but added the local planning authority had been clear that planning permission was “highly unlikely”.

“Despite the best efforts of both us and the trust, it has not been possible to progress the project,” the spokesperson added.