Analysis from the SEND Action campaign group reveals a number of councils are simply using the extra money to cover hefty funding shortfalls brought around by years of squeezed funding.

Schools in one area said the boost falls “woefully short of what is required”, while for others it only covers half of their current deficit.

Julie Cordiner, an education funding specialist and co-founder of School Financial Success Publications, said: “The scale of the problems is staggering; the extra money clearly isn’t sufficient and the Department for Education seems to be focusing only on in-year rather than cumulative deficits.” 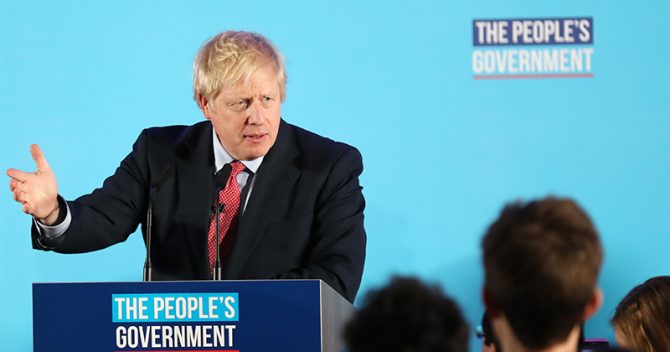 That includes the one-off, additional £780 million next year to help children with SEND.

However, the council is still left with a £2.67 million funding gap for 2020-21, and when combined with deficits from previous years, it is still forecast to be underfunded by £5.3 million by March.

Waltham Forest Schools Forum noted the extra cash will be “insufficient to support any future growth in EHCP [education and health care plans] in 2020-21”.

Grace Williams, WFC’s cabinet member for children, said the council had seen a “20 per cent” increase in demand since 2014 but “government spending has failed to keep pace. This situation is similar right across the country… our children deserve better”.

Judith Blake, chair of the Local Government Association’s Children and Young People Board, said there had been around a 50 per cent rise in the number of children with EHCPs since 2014, up to 354,000 last year.

She added the extra cash was “a step in the right direction” but “not enough” with “councils being forced to raid their reserves” to meet their high needs budget.

Last year the parliamentary education committee criticised the Department for Education and said the funding shortfall was a “serious contributory factor” in the failure of schools and councils to meet needs.

In Hackney an additional £4.36 million was given for SEND – however the overspend from 2018-19 alone is around £8 million.

Hackney Schools Forum found the cash “falls woefully short of what is required” and councillor Chris Kennedy admitted the pledge “only covers half of our deficit for SEND”.

In Bournemouth, additional funding of £3.4 million has been branded as “insufficient” by the council against a projected funding gap of £9.5 million.

Meanwhile Derbyshire County Council will get an extra £9.8 million, which according to its schools forum “provides scope to address at least some of the pressures”.

However, due to a “significant” overspend in 2019-20 “of around £5 million” – more than half of the additional funding will be spent meeting the shortfall.

A cumulative DSG deficit of around £3m is expected by the end of 2019-20, with plans to “recover from future years’ dedicated school grants” – starting in 2021.

Ultimately, only £1.5 million will be left over for the council to allocate.

A DCC spokesperson explained as funding rates “remained at the same cash value” but the number of children reliant on them increased, schools have had to “absorb the impact of cost pressures within their own resources”.

Julie McCulloch, director of policy at the Association of School and College Leaders, said the extra funding “does not address the historic underfunding of SEND” and called for a “systematic analysis” of what is needed.

Gillian Doherty, of SEND Action campaign group, is calling on the government to take “decisive strategic action” to address the problem.

A DfE spokesperson said it is “currently undertaking a review of the SEND system” which will find “how it can be made to work best for all families and ensure quality of provision is the same across the country.”