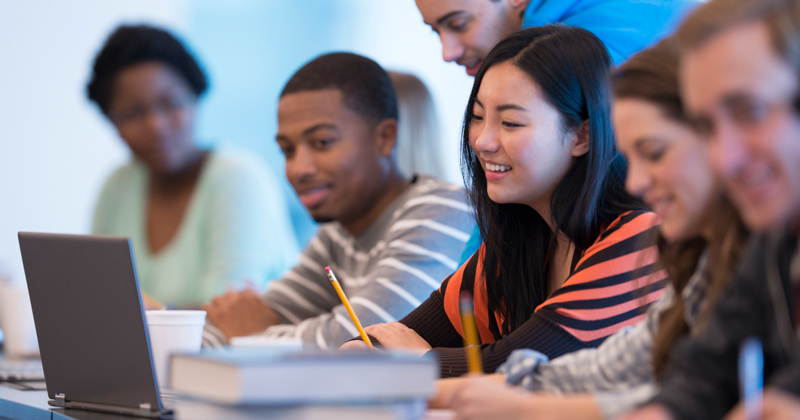 A-level classes need at least 11.7 pupils to make them financially viable, a study has found.

The research, carried out by the Isos Partnership on behalf of the Department for Education, also found there may be a case for more active national management of the A-level market – including a reduction in qualifications, in order to make sixth forms

It found the average minimum viable A-level class size across the sampled providers was 11.7 pupils, though this varied depending on the number of pupils taking the qualifications.

Schools and colleges which offered fewer A-level subject choices in relation to the number of pupils were “able to maintain bigger class sizes”, leading to a conclusion that the breadth of curriculum offer is a “key factor” in determining class size.

Around half of the schools taking part in the study also admitted they supplemented their post-16 funding from their pre-16 funding.

In order to reduce the cost impact of post-16 provision, the report suggests schools and colleges should develop a “ready-reckoner” to scrutinise A level costs and making decisions on the viability of classes.

The report also suggests the Department for Education “may wish to consider” whether there is a role for “more active management of the A-level market”, and suggests actions such as reducing the number of possible A-level qualifications and providing a “clearer indication of which A-levels are deemed to be of national importance”.

Although many schools were said to topping up their post-16 funding, schools said other benefits accrued to the school from offering A-levels, even where class sizes were small.

Having a wide range of subjects was important for retaining and attracting pupils, the report says. Cancelling small classes was also not deemed cost-effective in cases where the staff member affected by the cut could not be redeployed across the timetable.

The study identified a “reasonably strong negative relationship” between the per-pupil cost of A-level provision and average class size, but was inconclusive on the relationship between class sizes and pupil outcomes.