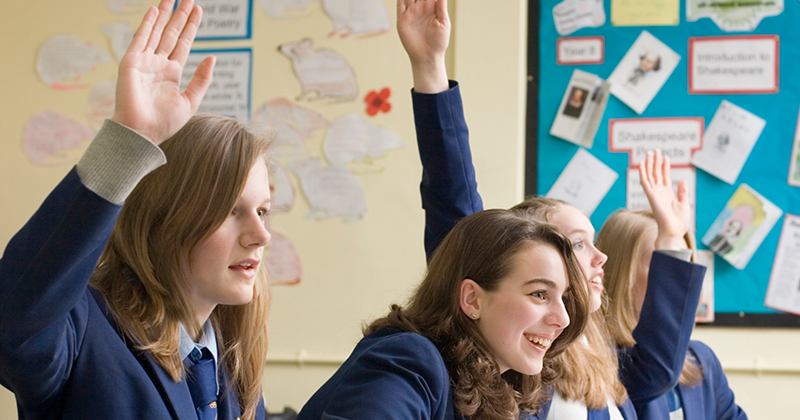 Girls outperform boys when it comes to working together in school, according to a PISA study, which identified an above-average gender gap in the UK.

PISA’s collaborative problem-solving study involved 125,000 15-year-olds in 52 countries, including 32 of the 35 members of the Organisation for Economic Co-operation and Development (OECD).

The research, conducted in 2015, found a 34-point gap between girls’ performance in collaborative problem-solving and that of boys. The average gender score gap across the OECD countries taking part is 29.

However, 71 per cent of boys reported that they prefer working as part of a team, compared with 66 per cent of girls.

UK pupils perform similarly to those in Denmark, Germany, the Netherlands and the United States.

Around 12 per cent of pupils in the UK achieved a level 4, the top level of proficiency in collaborative problem-solving. To reach level 4, pupils have to prove they can carry out “advanced problem-solving tasks” with high collaboration complexity, as well as maintaining an awareness of group dynamics.

They must also demonstrate that they can take the initiative to “perform actions or make requests to overcome obstacles and resolve disagreements”.

On average, across OECD countries, just 8 per cent of pupils can perform at level 4.

The UK also has a below-average proportion of pupils performing worse than level 2, with 22 per cent dropping below that level. The OECD average is 28 per cent.

Pupils performing below level 2 are “at best” able to complete tasks with “low problem complexity and limited collaboration complexity”.

The study also found there were “no significant differences” in performance between advantaged and disadvantaged pupils, or between immigrant and non-immigrant pupils, once elements like performance in core subjects were taken into account.