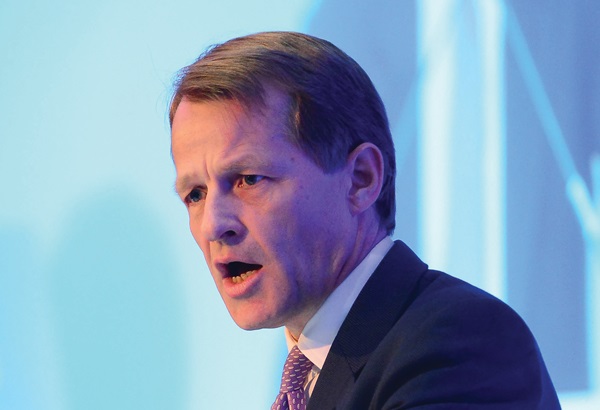 The proportion of pupils achieving a “good pass” in their GCSEs could fall by almost a quarter under the new numerical grading system, a leading think tank has warned.

Following Schools Week’s analysis last year that up to 20 per cent of pupils who previously achieved C grades under the existing system would not reach a grade five in the new exams, a report by CentreForum and Education Datalab has predicted the fall could in fact be around 23 per cent.

The revelation has led to calls from former schools minister David Laws (pictured) for England to “do better”.

The research also warns that while attainment at age 16 and 11 has risen, between 43 and 44 per cent of children still don’t achieve the expected benchmark of five A* to C GCSEs including English and maths, or level 4b in reading, writing and maths at the end of primary.

Although the gap between disadvantaged and other pupils has narrowed in the last 10 years, this narrowing has been much slower in secondary schools.

It adds: “When the new grade 5 standard is introduced in place of the current “C” grade standard, we calculate that the percentage of children who secure this “good pass” level in English and maths will initially fall by around 23 per cent [percentage points], from 58 per cent to 35 per cent.”

To ensure England is keeping pace with “world class” standards of education, CentreForum recommends the government establishes a “new benchmark standard” which would measure pupils achievement across 8 GCSEs.

The report goes on to say: “This would mean securing an average grade of 5 or better in these specified eight subjects. We judge that this would be close to a world class standard.”

Current figures suggest only around 46 per cent of pupils in England reach this “world class” standard.

Liberal Democrat politician Mr Laws, who now serves as executive chair of CentreForum having lost his Parliamentary seat in May, said the report showed there was “no cause for complacency” in schools.

He said: “When the new GCSEs are introduced, we may well see a fall of over 20 per cent in the proportion of English children regarded as reaching the new ‘good pass’ standard, and we think that over half of all children will be below the world class benchmark on average across their eight GCSEs.”

He added that England needed to “do much better” if it is to “become a world leader in giving real opportunity to young people from disadvantaged backgrounds.

Last June, Schools Week analysed exam statistics and exclusively revealed a likely sharp fall in the number of pupils achieving what the government considers to be a “good pass” once the new GCSE reforms are complete.

A “postcard” designed by exam regulator Ofqual, to explain the new GCSE regime, shows that a grade five will only be awarded to the top third of pupils achieving the current C grade.

Pupils who achieve a middle or low C will get a level four – which will not count as a good pass.

A Department for Education spokesperson said the report showed the “stark choice” faced in education. She said: “Either we prepare today’s young people to compete with the best in the world, or we don’t.

“That’s why we’ve taken the decision to set the new GCSE ‘good pass’ at the same level as other high performing countries set their pass mark.

“Every time we have raised the bar for schools and colleges they have risen to meet the challenge, and we are confident that this is no exception. Over time we expect to see more pupils reach this new higher standard and the attainment gap between disadvantaged pupils and their peers continuing to narrow.”