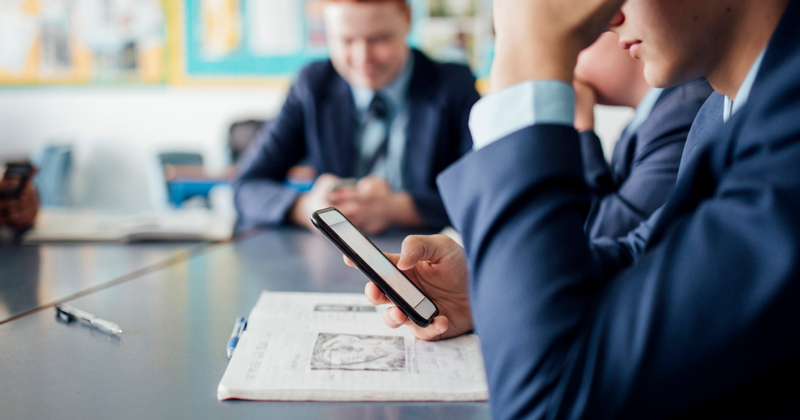 Schools will take part in a new survey on student behaviour every term, the education secretary has announced.

Gavin Williamson outlined the proposals as part of a wider drive for “strong behaviour and discipline policy,” including the behaviour hubs project and a crackdown on mobile phone use in schools.

The minister also called for “proper and sensible debate” over exclusions when he addressed school leaders at the Confederation of School Trusts (CST)’ virtual annual conference on Wednesday.

Leora Cruddas, CST chief executive, asked Williamson in a Q&A after his speech why there had been a “move away from the terminology of school exclusion as we know it.”  She noted he had referred to expulsions.

“Having the terminology of school exclusion can sometimes actually create a distorting image of it,” he said.  “We need to make a differentiation between those children who are being suspended from school for a short period, as against those who are permanently excluded.

“To make sure we’re able to have a proper and sensible debate on this, sometimes actually just lumping all children into one category I don’t think is right.”

‘Snapshot’ of behaviour in schools

Williamson used his speech to reveal the DfE will shortly commission a new national behaviour survey, providing a “regular snapshot of the state of behaviour in schools.”

He said it would show whether behaviour was getting better or worse over time, “signpost” what schools needed and show what interventions were making a difference.

But he stressed it would not provide school-level data or be used as a school performance measure, and the DfE would work closely with unions and the CST in building the survey.

“As well as the most severe forms of misbehaviour such as bullying and sexual abuse, there is a persistent problem of low-level disruption in too many schools,” Williamson said.

Asked by Cruddas about the reliability of the survey and why Ofsted data on behaviour was not enough, he added: “At present we don’t have a proper or accurate measure on this, it’s an important first step.”

The education secretary reiterated past comments on his support for heads who banned mobile phones, and plans to consult on how to best help heads do so. Reforms will come alongside other changes to discipline, behaviour and expulsion guidance later this year.

He also said the first schools had now been matched up and training begun as part of the DfE’s £10m behaviour hubs project, with applications also underway for the next cohort from September. MATs and schools with strong records will provide expertise and advice to 500 schools which struggle with poor discipline over the next three years.

The speech saw a further pledge to deliver “reforms needed to deliver far better outcomes” in alternative provision, but without any further details. Plans would be set out in the forthcoming SEND review, Williamson added.

However most of the speech focused on the benefits of schools joining multi-academy trusts, with Williamson arguing every pupil should be in an academy.