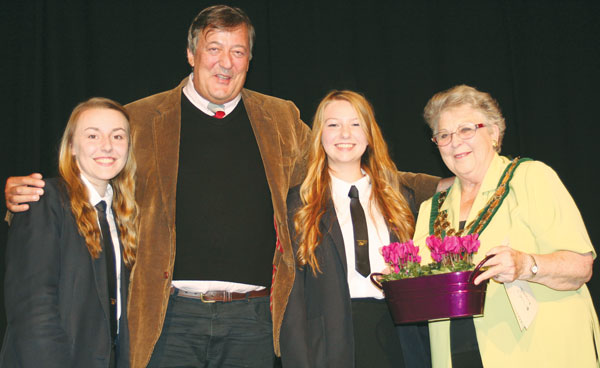 Special guest Stephen Fry has helped to celebrate a year of academic success at the Nicholas Hamond Academy in Norfolk.

At its annual prize giving and certificates evening, students were awarded for a range of successes including community contribution, attendance and peer mentoring, as well as AS-level and GCSE achievements.

Each department also nominated one pupil that they felt had performed exceptionally throughout the year for an individual award.

The actor and TV host amused parents, students and staff with tales of his own academic achievements.

A school spokesperson said: “It was another opportunity for the academy to celebrate yet more success, something that Stephen Fry was quick to note.

“He even claimed that, had he been lucky enough to attend a school as good as the Nicholas Hamond Academy, his academic career may have been a lot more successful.”