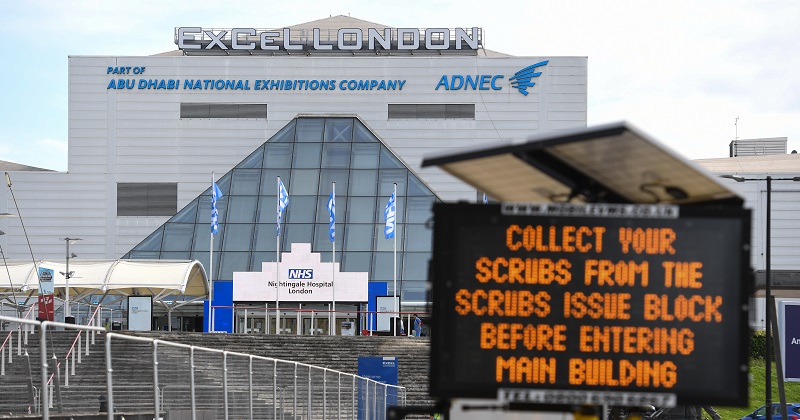 The rapid creation of temporary Nightingale hospitals during the Covid-19 pandemic shows free schools shouldn’t have to wait for years to open, says a director at the New Schools Network.

Sophie Harrison-Byrne, the director of programmes at the free schools support organisation, also urged the government to approve fewer bids from academy trusts “that simply replicate their existing provision”, and favour innovation instead.

The UK’s seven Nightingale hospitals were established in convention centres, university buildings and former retail outlets in anticipation of increased strain on the NHS caused by Covid-19. Several have now closed.

Appearing in a webinar organised by the Westminster Education Forum on Tuesday, Harrison-Byrne said there was a “role for free schools to play in the sector’s recovery as we come out of the current pandemic”, and that new schools set up to close the disadvantage gap should be fast-tracked.

A Schools Week investigation found that almost half of the new free schools in the past three years opened in temporary accommodations, with most still not in a permanent home.

“I’m not suggesting we should turn national convention centres into schools, but I think it’s been a clear example of what can be achieved if assets are doubled-down,” Harrison-Byrne said.

“Clearly if a new school is approved to open with a particular focus on closing the attainment gap in a disadvantaged area. Where disadvantage has been further exacerbated by the pandemic, that school should be enabled to open as quickly as possible.”

Harrison-Byrne also called on the government to place more weight on innovation in free school applications.

It follows a gradual shift in the programme, originally pitched as a way for parents and teacher groups to start their own schools, into a vehicle for the expansion of existing trusts.

“Obviously in some contexts this is, of course, right, but it shouldn’t be a one-size-fits-all approach, and the criteria shouldn’t incentivise this replication over innovation,” she said.