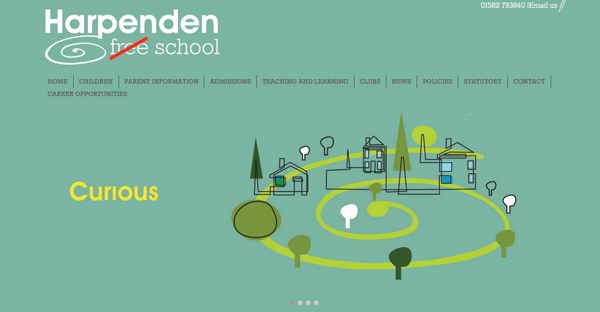 A primary school is taking the words “free school” out of its name to disassociate itself from politicisation of the phrase.

Harpenden Free School in Hertfordshire, a primary that on its website says it will have a maximum capacity of 270 in the next school year, will be renamed Harpenden Academy from September when it moves to a new, permanent site.

But the governing body decision to change its name has left the chair, Ruth Martin, facing “strongly held opposing views” from parents.

The school opened in 2012 and was told last year by Ofsted that it required improvement.

In a letter to parents outlining the name change, Ms Martin said: “There are many reasons behind this decision, some pragmatic and some reflecting what we are.

“As an example, the origins of the term ‘school’ comes from a place of instruction, the term ‘academy’ originates from a society of learning.

“As such the term academy better reflects the paradigm on which we are based.

“Pragmatically we have met many misunderstandings and politicalisation [sic] of free school in a way that the more established term academy does not create.”

In response to concerns raised by parents, Ms Martin said: “We judged that there might be some broad consensus that it was time to move away from ‘free school’ (we know many of you too have had to explain repeatedly the misconceptions in ‘free’) as its political origins become distant or muddled.”

Given the move in September, Ms Martin explained that it was cost-effective to coincide the name change with the move, reducing the need for a future extra spend on stationery and signage.

She added: “We have heard concerns that academy is also a ‘political’ term associated with ‘failing’ schools.”

Schools Week analysis shows the proportion of schools using “Free School” in their name has decreased since free schools were allowed to be established in 2010.

In total, 72 of the 405 opened free schools (18 per cent) use the term in their title. Many use “academy” in their title – such as The Archer Academy in Barnet, north London, whereas a number have more “traditional” names, such as the Judith Kerr Primary School in Herne Hill, south London.

Ms Martin’s letter also said the decision was in part due to a change in Ofsted regulations in which the inspectorate would start referring to free schools as academies in “official paperwork”.

Ofsted told Schools Week that definition of schools were not a matter for the inspectorate and that it was not aware of any such changes.

Ms Martin also said that from September the school would “legally be identified as an academy not a free school”.

The Department for Education said all free schools were already academies and no such “change” was planned from September.

In a later letter, Ms Martin said there had been “positive and anxious” correspondence, “which inevitably contain strongly held opposing views”.

Neither the school nor Ms Martin responded to repeated requests for comment.