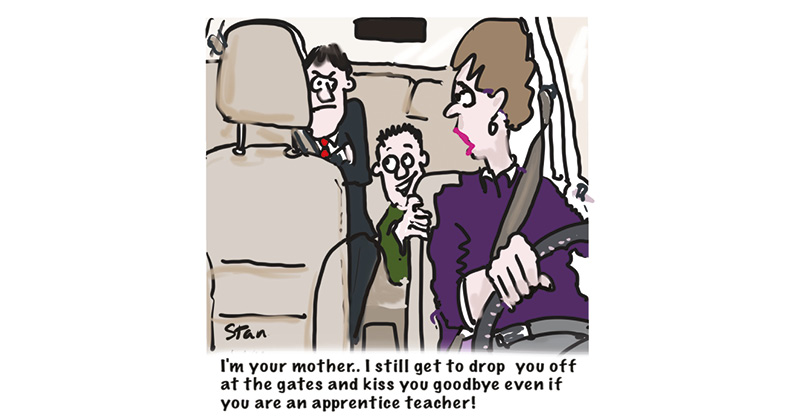 Four multi-academy trusts are gearing up to offer jobs to former pupils and send staff to train apprentices in other schools after successfully getting on to the new register of apprenticeship providers.

The government last week published the Register of Apprenticeship Training Providers (RoATP), a list of organisations eligible to deliver apprenticeship training. Nearly 2,000 are believed to have been approved.

Providers will be funded to do the training via the apprenticeship levy that starts next month. Most maintained schools and academies in chains with
an annual payroll of £3 million or more will be forced to pay up.

Most schools are also covered under a new obligation requiring them to employ an average 2.3 per cent of their headcount as apprentices – for a school with a hundred staff, this means employing at least three apprentices a year.

Having developed some fantastic young adults, we are keen to bring them into our trust and use their skills

The new register will allow academy trusts to deliver apprenticeship training to their own staff and pupils instead of relying on other providers, such as colleges or a private business.

Dan Wise, the deputy headteacher at Greenacre Academy, an all-boys’ school in Kent, told Schools Week he was “proud of the ‘Greenacre boy’” and wanted his chain to be somewhere that ex-pupils could aspire to work at.

“Having developed some fantastic young adults, we are keen to bring them into our trust and use their skills.”

He said the trust also wanted to upskill existing staff, first through business and administration apprenticeships.

“In time we plan to offer Greenacre apprenticeships to our post-16 learners to give them a more diverse choice.”

Three other trusts are on the register as “main providers” – meaning they can send out their own staff to deliver apprenticeship training in other schools.

Ian Cleland, chief executive of the Academy Transformation Trust (ATT), which runs 24 schools, said his chain would share “experience and expertise” in apprenticeships linked to services in a school.

A teaching apprenticeship is also under development. It is expected to be the same standard as all existing initial teacher training programmes and is due to be ready from September next year.

Delta Academies Trust, formerly known as SPTA, is also on the RoATP as a main provider.

A spokesperson for the chain said it would develop its own staff and pupils with “various” apprenticeships while also offering training to other schools and academies.

“The benefits to our organisation will be the further professional development of our staff and an increase in the range of opportunities available to our students, parents and local business.”

Both ATT and the former SPTA have faced financial difficulties. Last year, ATT made support staff across 21 schools reapply for their jobs in a drive to save £500,000, while SPTA cut 88 jobs across its seven secondary schools to reduce a projected £6.8million deficit.

South London Academy is also a main provider, but would not provide a comment about its plans.