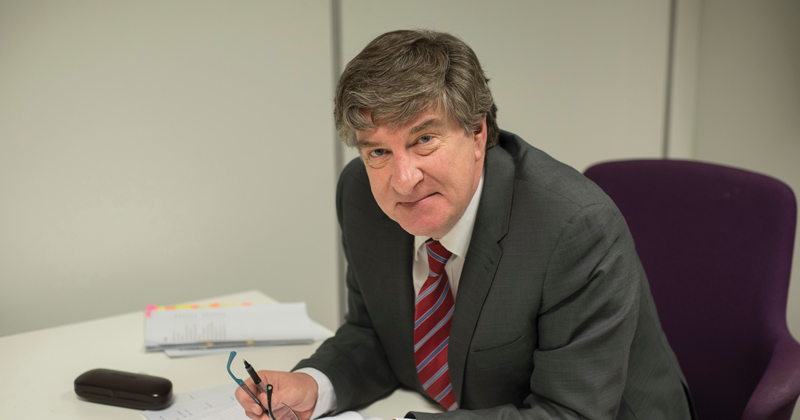 A former national schools commissioner has been appointed to the board of one of the country’s largest academy trusts.

Sir David Carter is one of three new trustees appointed by the Academies Enterprise Trust, alongside academic Professor Becky Francis who has joined in an adviser role.

Carter was national commissioner when the trust was stripped of two schools in 2017 over underperformance concerns.

The chain had grown rapidly in its early years to run 74 academies, but had to offload eight schools from December 2014 to April 2015 after government intervention. More followed over later years and the trust now has 58 academies.

David Hall, AET’s chair of trustees, said the trust is a “completely different organisation to the one it was three years ago: educationally we are starting to see the fruits of a reinvigorated approach, financially we are in good health, and in governance terms we now have robust and effective arrangements in place”.

“With the turnaround now largely complete, AET is moving into a new chapter where we move towards being recognised as a world-class organisation.”

Karen Squillino, head of the schools service for the NSPCC, and Jane Ramsey, who holds various public and private sector roles, including as an independent member of the committee of standards in public life, have also joined as trustees.

Francis, the chief executive of the Education Endowment Foundation, has been appointed as an adviser to the board’s education committee.

Carter, who will join in September, said having “worked closely with AET” while national schools commissioner he was “excited to be able to join the board at a time when so many of the initiatives that were being implemented before I left the DfE are now making a difference to the lives of the children being educated in the trust”.

The trust has previously said that 2020 will bring a new period of “prudent growth”. But AET has had recent struggles.

Two of its schools were handed school improvement warnings last year. The trust had been banned from taking over more schools in 2013 after it was deemed to have grown too quickly.

However, in July 2017, the government lifted a financial notice to improve issued to the trust, and it has since been removed from the ‘pause’ list to allow it to take on more primary schools.