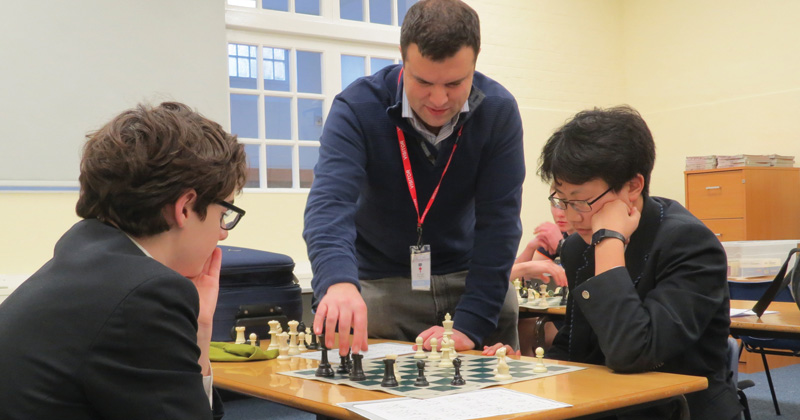 A top-ranking chess player has been coaching pupils at a Surrey independent school.

Nick Pert, once an under-18 world champion and now a grandmaster, has been visiting members of King Edward’s Witley’s extracurricular chess club once a week to advise on tactics and how to anticipate the plans of your opponent.

Currently ranked as one of the top 10 professional chess players in England, the 37-year-old whizz has already helped the school’s chess club win a tournament hosted at Wellington College, and membership of the biweekly club is on the rise.

“The best way for beginners to improve their chess game is through putting in the time,” explained Pert, who achieved his grandmaster title at the age of 22. “I always encourage young players starting out to attend tournaments. It’s also important to analyse your game after playing to improve strategy.”

“This is a first for the school and we’re very excited to learn from such a prestigious and high-ranking chess coach,” added Stuart Todd, a maths teacher at the school.