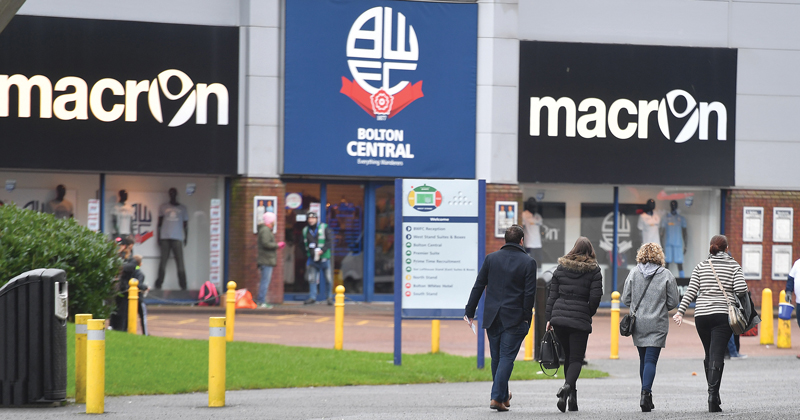 A free school set up by Bolton Wanderers Football Club will close later this year owing the government £500,000 – much of which is likely to be written off.

Bolton Wanderers Free School (BWFS), which opened in September 2014 and shares the club’s Macron stadium, is to close at the end of this academic year, as reported by Schools Week earlier this week.

Its trustees said they decided to close the school after only 95 youngsters enrolled in 2015, fewer than half of the 200 anticipated in its first year and well short of its 400 capacity. They say it is “not financially viable into the future”.

Schools Week has now learnt that the school has a debt of £495,000 with the Education Funding Agency (EFA), which the agency is currently working to “minimise”.

BWFS’s closure was revealed on the same day of the government spring Budget announcement of £320 million for 140 new free schools.

Labour MP Diana Johnson, who previously promised to flag the financial mismanagement of free schools to the National Audit Office, said it was “irresponsible” for the government to “waste money on a chaotic free school funding system that is simply not fit for purpose”.

New free schools are initially funded on anticipated numbers. The EFA then reviews how many pupils are on roll at the end of that year and retrospectively retrieves or hands out extra funding.

Schools Week revealed last December that the Department for Education (DfE) needed to claw back £11 million from more than 100 free schools after they failed to recruit expected numbers in the past academic year.

BWFS has a debt of £566,207 for its pupil number adjustment (PNA) but to date has only repaid £70,776, according to a freedom of information response last month.

The school was supposed to repay the full amount by August, but headteacher Toni Carr wrote to the EFA last year explaining the school was “not in a position” to meet the deadline.

The EFA then agreed to defer the repayment until August next year.

A DfE spokesperson said the department was working with the school to “ensure all outstanding liabilities, including PNA repayments, are minimised”.

The decision to close BWFS follows an Ofsted inspection last year that rated the school inadequate in all areas, with inspectors raising concerns about a “culture of low aspirations”.

Carr said year 13 pupils at the 16 to 19 school will continue with their current courses and complete them this summer.

“I also wish to assure you that we will endeavour to ensure that teaching and learning within the college will continue with the present teaching staff and therefore ensure that students are prepared for examinations this summer.”

Trustees say the decision to close followed “extensive discussions” with the DfE and EFA.

Schools run by football clubs have struggled in recent years. Tottenham UTC, sponsored by Tottenham Hotspur, will close this summer. It had just 134 pupils on roll in January last year.

It will be replaced on the same site by the London Academy of Excellence Tottenham, a sixth-form college.