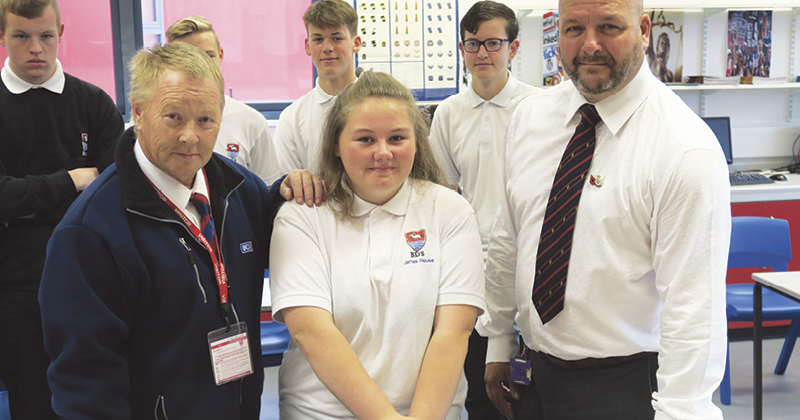 A Bristol pupil’s first-aid lessons at school helped her to recognise her father was experiencing the early signs of a heart attack.

Mia Downs, a 14-year-old pupil at Bedminster Down school, realised that her dad’s chest pains were serious and called an ambulance. Doctors later said that Stephen Downs was having a heart attack.

All students at Bedminster Down receive basic first-aid lessons in year 8. In year 11, they are taught cardiopulmonary resuscitation (CPR) and how to deal with bleeding and choking casualties.

Headteacher Gary Schlick, said: “We believe that practical life skills are part of a rounded education. In Mia’s case, her quick actions learnt at school potentially saved the life of her father.”

Mia said: “As soon as my dad was complaining of a tightness in the chest as well as feeling sick, I knew I had to do something straightaway. I stayed on the phone with the ambulance dispatch and did everything they asked. I’m glad that he was able to be treated so quickly in hospital.”