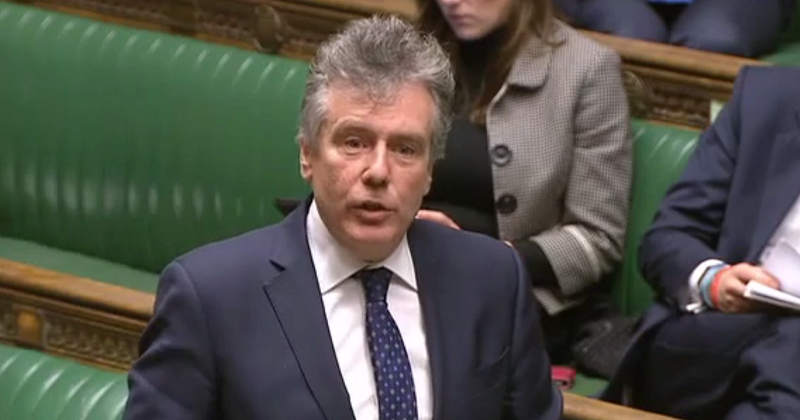 MPs have questioned the government’s capacity to cope with the growth of the academies programme, amid predictions of “further pressures” for its departments and agencies.

The commons education committee says it is “far from clear” if the Department for Education and Education Funding Agency can cope with the expansion of multi-academy trusts over the next five to six years, and has urged both organisations to outline how much they expect the sector to grow.

Although the government has abandoned plans to force all schools to become academies by 2022, the full academisation of the system remains the long-term ambition of ministers.

The committee’s report, which follows an inquiry into multi-academy trusts launched in March last year, also concludes that the government had, in its “early enthusiasm”, encouraged trusts to “expand too quickly”, and calls for a greater focus on linking schools which are close geographically.

Neil Carmichael, the chair of the committee says “only time will tell” if MATs are more successful than local authorities in tackling under-performance.

“If the Government is to pursue the goal of further academisation, it will need to work with local authorities and allow those councils with a track record of strong educational performance to use their expertise within their education department to create MATs,” he added.

Throughout the inquiry, the committee heard evidence from academy trust bosses and academics, and interviewed figures including former Ofsted chief inspector Michael Wilshaw and the national schools commissioner David Carter.

The hearings and testimony often focused on the rapid growth of the academies programme over the previous six years and the need to act to avoid some of the financial and capacity issues faced by trusts which grew too quickly in the early days of that expansion.

But the committee has now warned that a significant expansion of multi-academy trusts will place “further pressures” on the financial oversight capabilities of both the DfE and EFA.

It calls on the organisations to outline the “expected increase in MATs over the next five or six year planning period”, and the “likely resource implications that will result” in order to allay MPs’ concerns over “insufficient planning and resources”.

It also warns that despite measures taken by the EFA to promote strong financial management in academy trusts, the government has a “long way to go” to demonstrate that public money given to academies is being used effectively. Mary Bousted, the general secretary of the Association of Teachers and Lecturers, claims the government does not collect adequate information about the quality of MATs or how they are spending money, and branded the situation “untenable”.

“The government needs to exercise proper control of MATs,” she said.

However, several of the committee’s conclusions and recommendations cover old ground, pointing to dissatisfaction among its members over the government’s response to previous reports.

For example, in its latest report, the committee laments the lack of action to better clarify the division of responsibilities between regional schools commissioners network and Ofsted, and said it should align the regions used by the two organisations, a recommendation which was rejected by the government last year.

There is a “gap in assessing MATs which neither Ofsted nor RSCs presently fulfil”, the committee said, adding that the current system of batched inspections of academies from individual trusts was “not sustainable or sufficient” as chains continue to expand

The report warns that the system is “not a formal inspection or accountability process and does not necessarily lead to intervention from Ofsted or the department”, and said Ofsted needs a new framework for MAT inspections and should develop resources, skills and powers to fully inspect them.

The government should “partner with” local authorities and use their expertise to reach its goal of full academisation, the committee’s report says.

MPs want a clearer definition of the future role of local authorities, particularly those in areas with high numbers of academies. The current uncertainty about their place in the school system is “not sustainable” and making their role clear “should be a priority for the secretary of state”, the report adds. Research by the Education Policy Institute last year found that academisation is “not a silver bullet”, and Natalie Perera, the think tank’s executive director, said the variability between groups of schools – whether multi-academy trusts or local authorities – is “very significant”.

“Our analysis found that, at secondary level, the top performing groups have delivered improvements that are on average 5 GCSE grades higher for pupils across their subjects compared to the lowest-performing groups. This variation is far more important than the difference between academies and local authority schools.

Other key points raised by the committee include fears that vulnerable small, rural primary schools could be left behind as secondaries become academies or form trusts, and worries about trusts which were instructed not to take on new schools ducking the ban, a problem first reported by Schools Week in January.

The committee has also expressed fears over the struggles faced by schools commissioners in finding new sponsors or existing trusts willing to expand, and warns of a risk that sponsors will be appointed “without a quality track record”.

A DfE spokesperson said: “The oversight and accountability system for academies and MATs is more robust than LA maintained schools, allowing us to take swift action to deal with underperformance.

“Where an academy is failing to reach the standards we expect, action is taken including transferring schools to new trusts. We are already developing a ‘growth check’ to ensure good trusts only take on new schools when they are ready and it will not impact on the education of the children they are already responsible for.”

He added that local authorities are already able to be part of a MAT, providing less than a fifth of its board had council links.

“We encourage all trusts to work collaboratively and the best already do so but maintaining their independence is a crucial part of encouraging the innovation that has driven up standards in so many schools,” he added.