The proportion of reception pupils reaching a “good” level of development has risen again this year, according to the latest early years foundation stage profile results.

The proportion of pupils achieving at least the expected level across all of the government’s early learning goals also increased, from 69 per cent in 2017 to 70.2 per cent this year. 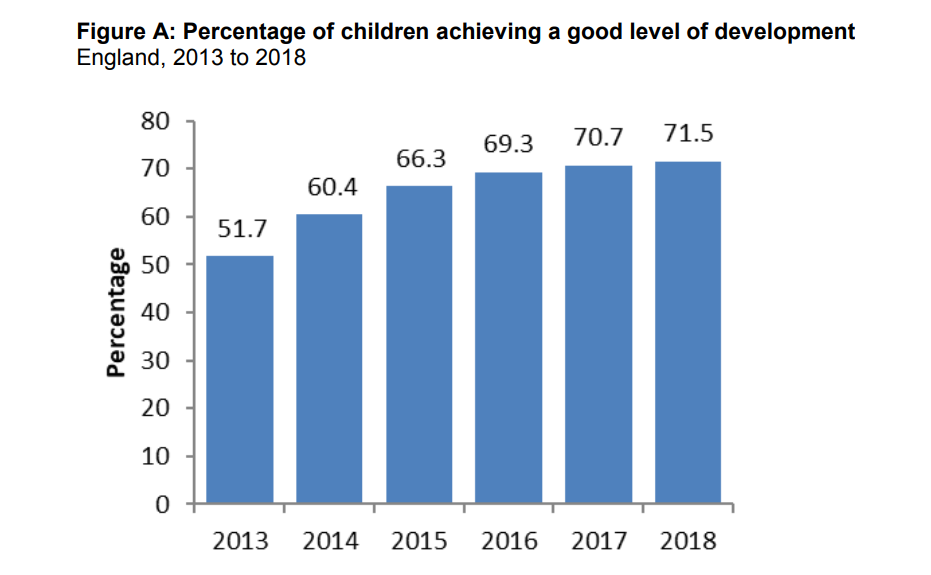 Girls continue to outperform boys in reception, but the gender gap is narrowing, according to the data.

Meanwhile, reading, writing and numbers continue to be the three “early learning goals” with the lowest proportion of children achieving at the expected level or above, the government said.