Established in January, Oasis Academy Shirley Park’s weekly two-hour rapping sessions teach pupils how to write and perform their lyrics, as well as use the genre to channel emotion.

Since its inception, Ben Turner, the music teacher who founded the club, has noticed a marked improvement in the behaviour of a number of pupils involved in the project.

“A lot of the naughtier kids in the school have ended up being involved,” he said. “I was quite keen to get some data on it, so I monitored their behaviour by asking teachers how they were doing and overall, it was a very positive improvement.

“The behaviour was changing a lot, even within their lyrics. At the beginning they were quite anti-school, but gradually they became more pro-learning and working hard.”

Behaviour was changing a lot, even within their lyrics.

Currently the club is 12 members strong, with involvement from pupils in year 8 through to year 11.

“My favourite session was when I played a beat, and the pupils silently wrote out really deep raps. One was about how they felt they didn’t have friends, and they then performed it in front of the others, who were supposed to be their friends – it was a bit intense,” said Turner.

The club recently took first place in a Battle of the Bands competition hosted by charity Restore the Music in central London, which was open to schools who had been awarded funding to develop their music departments. The club’s pupils were the only group performing rap.

“All the other groups had violins and mini orchestras, so there was quite a big scream when we won. The prize was £3,000, and we’re hoping to use as much of that as possible towards Rap Club,” Turner explained.

The club’s next venture is to close the annual Teach First Impact conference on October 24 at the SSE Arena in Wembley, with pupils set to perform their school-themed raps.

“I sent an email hoping for a small performance somewhere, but after watching the kids perform they decided that they were going to let us close the whole event.” 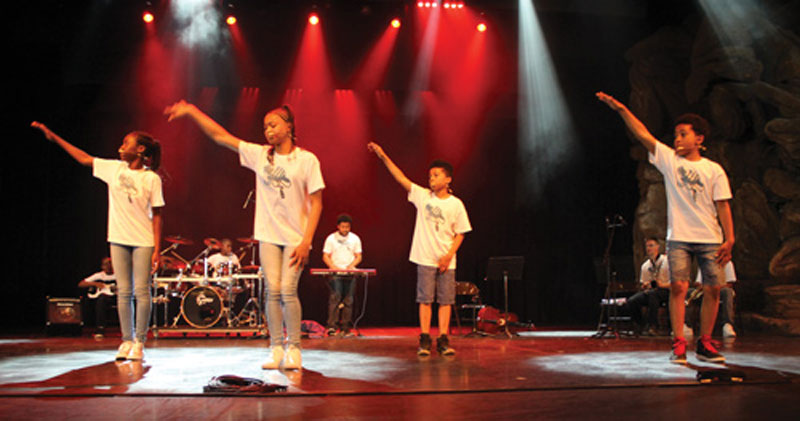