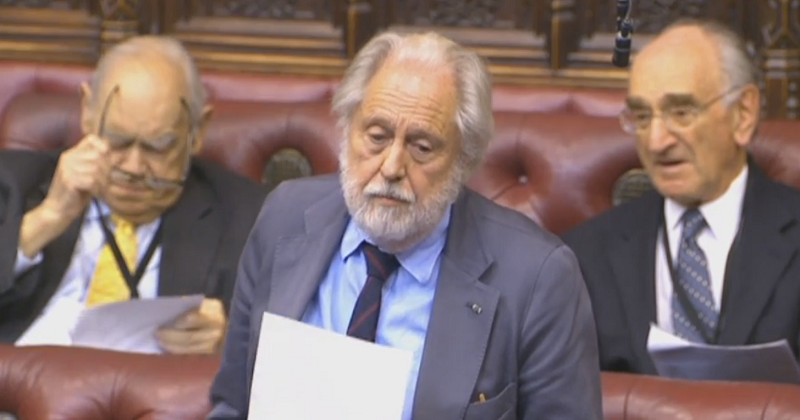 The reintroduction of grammar schools is a “lethal” policy that could strike a “tinderbox” under divided communities, peers have warned

Lord David Puttnam, a producer who once chaired the National Film and Television School, told a debate in the House of Lords that it was a “fantasy” to think that white working-class children would surge into new grammar schools.

Government data shows white boys that are eligible for free school meals are among the worst-performing ethnic groups in English schools, while Asian pupils, particularly Chinese and Bangladeshi girls, are among the highest-performing.

“The very notion that by reintroducing selection, the people that this policy is intended to attract, will suddenly find their [white working class] children surging into new and better grammar schools is a fantasy,” he said.

“What will actually happen, and I really admire and salute this, is that migrant and first-generation kids from Asia and Eastern Europe, will sweep into those schools, and God bless them, with the small problem that the disgruntled and now disconnected white working class who believed they were going to get better schools won’t get in.

“I can think of no other tinderbox that you could strike under hard-pressed and already-divided communities. This is a potentially lethal policy, ill-thought-through, ill-considered, and could do far more damage than anyone I think fully understands.” Melvyn Bragg, also a Labour peer, said he agreed with Puttnam that “what they are seeking to put into operation could be incendiary”.

Bragg said pupils at his own grammar school had continued to be “every bit as well-taught” once it became a comprehensive.

“The evidence is all about us that some of our few grammar schools are doing well, and some are doing less well, but maintained comprehensives, and schools like them, have largely replaced them and brought multi-dimensional benefits,” he added.

Peers also heard from Lord Blunkett, who enacted the school standards and framework act in 1998 that banned the creation of new grammar schools as education secretary under Tony Blair’s government.

Blunkett warned that the green paper proposals were a “diversion away from raising standards and once again onto structures”.

But Lord Cormack, a Conservative peer who both studied and taught at a grammar school, argued that the government was not “thrusting a policy on the country” or advocating a return to the 11-plus.

“What we have is a reversion, of which I’m very proud, to the principle of green paper, white paper, and then legislation,” he said.

“This is not advocating a return to the 11-plus. I myself have always felt that 13 is a better age of transition. I don’t like the idea of a demarcation line at 11, and this is not suggesting it.”