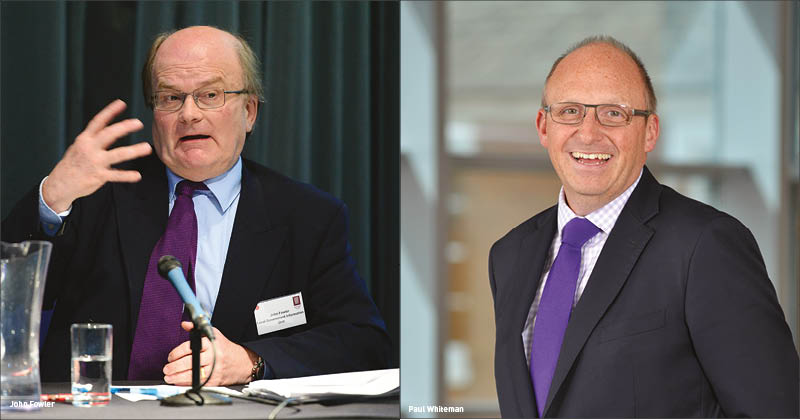 Executive headteachers are able to vote more than once using a loophole in the headteacher board elections, Schools Week has discovered.

And if they’re standing, they are potentially able to cast multiple votes for themselves, plunging the fairness of the whole system into doubt.

The elections opened this month, to elect panels which will then advise commissioners on the opening, transfer and closure of other academies.

There have been concerns throughout the process hanging over their transparency, the lack of consistency in who is eligible to stand, and the short voting timeframe.

But Schools Week has now learned that executive heads who oversee more than one school are able to vote several times.

The Department for Education sent emails to every academy this month which included a unique code allowing people to cast their vote on the election site, addressed to the “headteacher or executive headteacher”.

However, sources familiar with the system have realised that where an executive headteacher is the point of contact for every academy in a particular trust, they “could be returning a vote on any number of schools” – and potentially voting for themselves many times.

John Fowler, a policy manager at the Local Government Information Unit, described the set-up as “crazy”, and said it showed the DfE was making up “how to do the elections as it goes along”.

A letter sent to senior academy leaders urging them to vote, told them to “check your academy’s email inbox for your voting pack and unique code”. This code “will authenticate your visit to the secure voting site”, but the system has no way to tell whether the same person is voting more than once.

The rules do not explicitly bar a person from voting in this way as votes are attached to academies rather than individuals.

The DfE said it was up to heads and senior leaders to “decide who should cast the vote”.

“These are not the standards to expect for an election,” said Fowler. “You have billions being spent [on the academy system], controlled by a fantasy franchise and electorate, and no approval by Parliament.”

Schools Week also understand turnout in elections has been worryingly low so far.

The headteacher board elections had been facing problems before the loophole was exposed, including delays to their timeframe, and the fact that few candidates were standing in some areas.

The DfE was forced to confirm last week that while anyone with “executive headteacher” or “headteacher” in their job title could vote, CEOs who do not hold one of these titles were ineligible.

However, a source pointed out that “CEO” and “executive headteacher” are often interchangeable terms at many small trusts, and some CEOs have been arbitrarily barred from voting according to how they are listed in the government’s database.

Despite this, although CEOs cannot vote, they can still stand as candidates – around half the candidates have CEO in their title.

Paul Whiteman, the general secretary of the National Association of Head Teachers, wants the DfE to review the CEOs voting issue, as “leadership roles are changing rapidly” and there is often significant overlap between the roles.

But Stuart Lock, the principal of Bedford Free School, said the policy for CEOs not to vote was a “sensible” attempt to ensure every school was allocated just one vote each.

“If CEOs were also allowed to vote, a trust with just two schools could get three votes for two headteachers and a CEO.”

But he added: “I am manifestly not in favour of CEOs or executive heads being able to vote multiple times.”

The election is being run this year by UK Engage, an electoral services company. Electoral Reform Services ran the previous election held three years ago, and bid unsuccessfully for the contract this year.

Voting closes on September 22, and results are expected before the autumn  half-term.