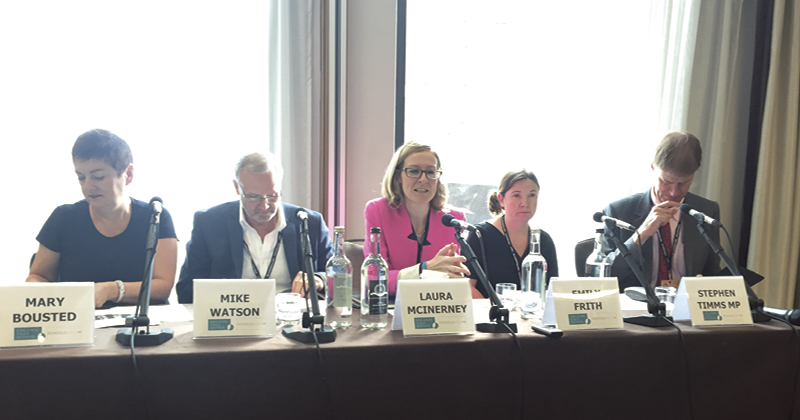 Labour does not have a policy on the future of the academies programme, a member of the party’s frontbench team has admitted.

Lord Watson, the shadow education minister in the House of Lords, told a fringe event at the Labour party conference that the party was in the “early stages” of policy development.

Party leader Jeremy Corbyn has previously said that he wants local authorities to play a bigger role in the oversight of schools, but steady academisation makes it look less likely that Labour could turn back the clock on the programme.

The government has backtracked on its goal to convert all schools into academies by 2022. But following last year’s education act, ministers are still expected to force schools deemed failing or coasting to convert.

“We don’t have a policy on what would happen to academies if we were to win the next election,” Lord Watson told the event, sponsored by Schools Week and the Education Policy Institute. “We are in the early stages of developing education policy, and we haven’t actually got to academies, believe it or not.

“Obviously, Labour started academies for a different purpose, to help schools that were in difficulties, but it’s gone beyond that now.”

Watson said he was worried that if Labour did not win in 2020 almost all schools would have become academies by the next election in 2025.

He said the party needed to prioritise preventing academies from selling land and misusing related-party transactions, while also trying to halt the programme’s growth.

“There’s no way that schools should be able to take any services whatsoever from somebody who’s related to the trust or a governor,” he said.

“We should get back to the position where academies are for their original purpose.”

Aside from a commitment to oppose the expansion of selection in English schools, the Labour conference has been light on education policy, and although Corbyn has renewed a commitment to the idea of a national education service, there have been few details about the policy first mooted during his leadership campaign last year.

Mary Bousted, the general secretary of the Association of Teachers and Lecturers and president of the Trades Union Congress, told Wednesday’s fringe event that responsibility for admissions had to be taken back from academies as additional powers given to them under the reforms could be open to abuse.

Bousted also called for an end to the “war on local authorities” and warned that government reforms meant that too much of teaching was about “bureaucratic nonsense”.