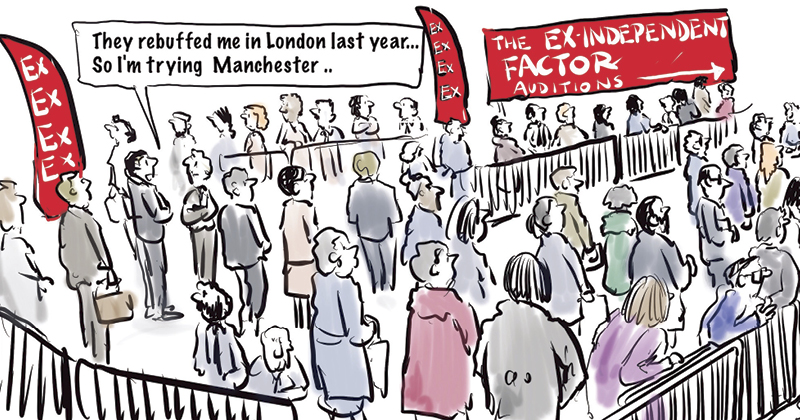 Nearly 100 independent schools were rebuffed from opening a free school in the first wave of applications in 2010, Schools Week can exclusively reveal, throwing doubt on the government’s new proposals to encourage private schools into the state sector.

Figures obtained by Schools Week show that 103 independent schools applied to join the first wave, but only six were deemed suitable enough to get the go-ahead.

But private school heads are now reportedly intent on setting up new grammar schools or may consider converting their own schools.

The Sunday Times reported that a number of leading schools, including Highgate and Brighton College, are planning to hold talks with the government to select locations in deprived areas in which they could create new schools.

Hans van Mourik Broekman, principal of Liverpool College, which converted to academy status in 2013, said the process of moving into the state-funded sector could be risky, as parents often cited concerns about results slipping if the intake was no longer exclusive.

“All of this will be completely altered by the possibility of becoming a grammar. If it’s possible to be selective, I think for a lot of independent schools it’s going to be very attractive,” he said.

Although large numbers of independent schools applied to convert in 2010, however, just four independent secondary schools – which included the Maharishi free school in Lancashire, Sandbach school in Cheshire and Batley grammar school in Yorkshire – made it through the government’s 2011 application process, with the rest failing to meet required standards.

Sandbach and Batley, which had previously been selective, were first rated as “requires improvement” by Ofsted in 2013. Both are now graded “good”.

Analysis of GCSEs from the four schools that Schools Week could confirm were selective before they converted to non-selective state schools revealed that results did not dip once the schools opened up their admissions – challenging Theresa May’s assertion greater selection is required to drive up school performance.

Queen Elizabeth’s grammar school in Blackburn changed from a selective independent to a non-selective free school in 2014. Its GCSE results, for A* to C, two years before converting were 78 per cent and 82 per cent.

The school announced its results for this year were 82.2 per cent, adding this was “encouraging considering that a significant proportion of the year group joined the school in year 10, after the change to free school status”.

The most selective schools are going to get strong results, but you can get very creditable results like this too

At Batley Grammar in West Yorkshire, 76 per cent of pupils achieved five GCSEs at A* to C including English and maths this year with a non-selective non-fee paying intake, compared with 71 per cent the year before.

Broekman added: “I think we’ve shown you can do this [be non-selective] and get good results. Of course, the most selective schools are going to get strong results, but you can get very creditable results like this too.”

“As with any group wanting to set up a new school, they have to set out their education vision and plan, their staffing structure, their proposed budget and their governance structures.

“Only if they are able to demonstrate a high level of competence across each of these are they then invited to an interview with the DfE who will then consider whether to allow the conversion to go ahead.”