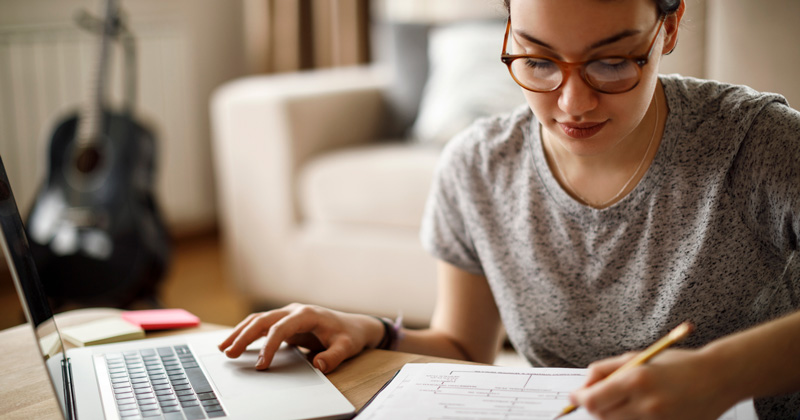 Large-scale standardised tests can’t be moved online in the “immediate future”, Ofqual has said, after a review found inconsistencies in school IT provision and unreliable internet connections.

The study published by the exams regulator today follows the suggestion from some quarters that online or on-screen assessments be lined up as an alternative for pupils who can’t attend schools to sit exams in 2021.

But the the review, which looked into the barriers of “high stakes” online or on-screen assessments for tests such as GCSE and A-levels, found five “major issues” with moving to the system at scale next year.

Although none of the barriers are “insurmountable” on their own, Ofqual said that together “they do confirm that we could not move large-scale standardised tests (such as A-levels) on line in the immediate future”.

The review found that change in this area would require “clear and compelling vision for change, committed leadership and sponsorship and funding to overcome or mitigate barriers to adoption”.

The government has this month announced its plans for the summer exam series, including more generous grades and advice notice of some topics.

The latest Ofqual study, which began before the pandemic, looked at experiences abroad, relevant literature and findings from workshop in January this year, which included teachers, school leaders and awarding organisations.

The study found there was “little consistency” in the IT provision available in each individual school and between schools and colleges.

For example, the 2019 national voluntary pilot of the multiplication tables check by the Standards and Testing Agency, in which about two thirds of English primary schools participated, found 424 combinations of browser and operating systems.

The study states that it is “reasonable to assume that secondary and tertiary schools and colleges are likely to have at least similar complexity”.

Ofqual looked at the approaches in other nations. For example, in New Zealand, the government guarantees an minimum broadband speed to the school gate, and in Finland, where they have frequent power cuts, encrypted assessments are downloaded ahead of time and then distributed through a local network, so the system does not rely on broadband.

Another barrier identified for England was the lack of specialist IT staff, and school staff having “insufficient time and support” for adoption of new digital assessments.

Security weaknesses were also identified as a potential problem, with the review warning that the introduction of a national testing system “creates a new target for cyber criminals to exploit, and the heterogeneity of infrastructure creates barriers to effective controls of these threats”.

The review also said there would be a need to manage risks from “new approaches to malpractice”.

And finally on planning, Ofqual said it would be “highly challenging” to implement robust risk management plans and disaster recovery in the timescale needed.

However, while the barriers to on-screen assessment at scale in 2021 were “significant and likely insurmountable”, Ofqual said its report was “intended to stimulate wider discussion on the future role that the use of technology may play in improving the validity and security of high stakes assessments taken in schools and colleges”.