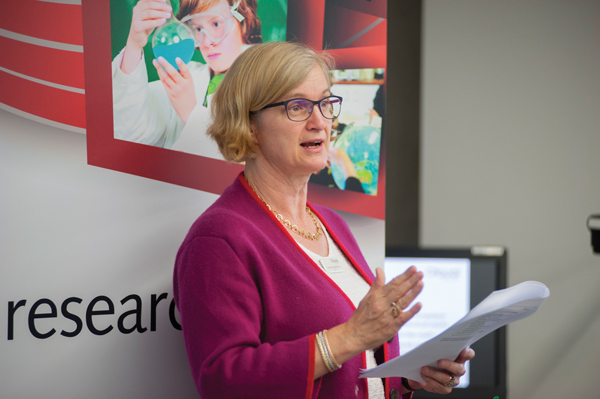 Examiners are more generous when they re-mark GCSE and A-level papers immediately after the summer results, a talk by the chair of Ofqual has revealed.

A study described by the exam regulator’s chair, Amanda Spielman (pictured), suggests that papers re-marked immediately after exams as part of an appeal later failed to get higher grades when looked at by different markers in a controlled study later in the year.

At the researchED conference earlier this month, Ms Spielman, said the work undertaken by Ofqual looked at the methods and reliability of exam marking, and was intended to discover if the current appeals process worked as well as expected.

The number of exam paper re-marks has increased significantly in the past few years, although only about 1 per cent of grades overall are changed.

Ms Spielman said re-marks – also called “enquiries about results” (EARs) – were “supposed to provide an effective remedy to [pupils] who believe they have been marked incorrectly” and appeals should produce the right mark.

“We expect EAR scripts not to be favoured over non-EARs.

“If it becomes just a second bite of the cherry then you are favouring people who put their scripts through this process, over those who don’t. That doesn’t feel right. People shouldn’t be advantaged simply by the process of challenging a mark.”

To test the system, the exams regulator compared marks given to GCSE, AS and A-level scripts in the period immediately after last summer’s results’ days, to the marks given when the same scripts were re-marked marked months later, away from the pressure of an enquiry. Ofqual used a selection of papers from different units, from different subjects, from different boards.

The differences weren’t huge (0.6 of a mark in one unit), Ms Spielman said, but where the changes came “was interesting”.

In two of the three units during the re-mark period of 2014, “about 40 per cent” of papers saw an increase in marks. But when the scripts were re-marked as an abstract task they were “much, much more likely to reduce the marks”.

“It seems as though examiner knowledge of the position of the pupil whose mark they are working – the knowledge that these are people hoping to get an uplift who are close to a grade boundary –makes them feel really bad about marking [the papers] down.”

Schools must pay up to £50 to appeal each individual paper. If the appeal is won, schools are not charged.

Peter Hamilton, head of the independent Haberdashers’ Aske’s Boys’ School in Elstree and chair of HMC’s academic policy committee, said the system needed to be transparent.

“One of the main ways where this would affect the different sectors [independent and state] is resources. There is a divide between the two when it comes to dedicated exam departments that can deal with the exam re-marking process; it is not a simple job.”

Peter Kent, headteacher of Lawrence Sheriff School in Rugby, said that schools did not use appeals to garner more generous marks. “My experience is that, no matter what sector you are in, appeals come from a moral imperative rather than anything that could be construed as gaming. The pupil’s welfare is what is top of their agenda.”

Ms Spielman said there would need to be further discussions about how knowledge affected behaviour. “How can we help to make sure the system is fair to people submitting EARs and those who are not? Because if markers are unconsciously not behaving completely objectively then that it is introducing some unfairness between those who appeal and those who don’t.”

An Ofqual spokesperson said a consultation on changes to the enquiries system will be launched next month.