The number of school staff penalised for helping students cheat in exams has boomed this year, rising by around 150 per cent, but the number of penalties issued to schools and colleges has fallen.

Ofqual figures published today show that 895 penalties were issued to school and college staff for malpractice during GCSEs and A-levels this year, up 535 on the 360 penalties issued last year. 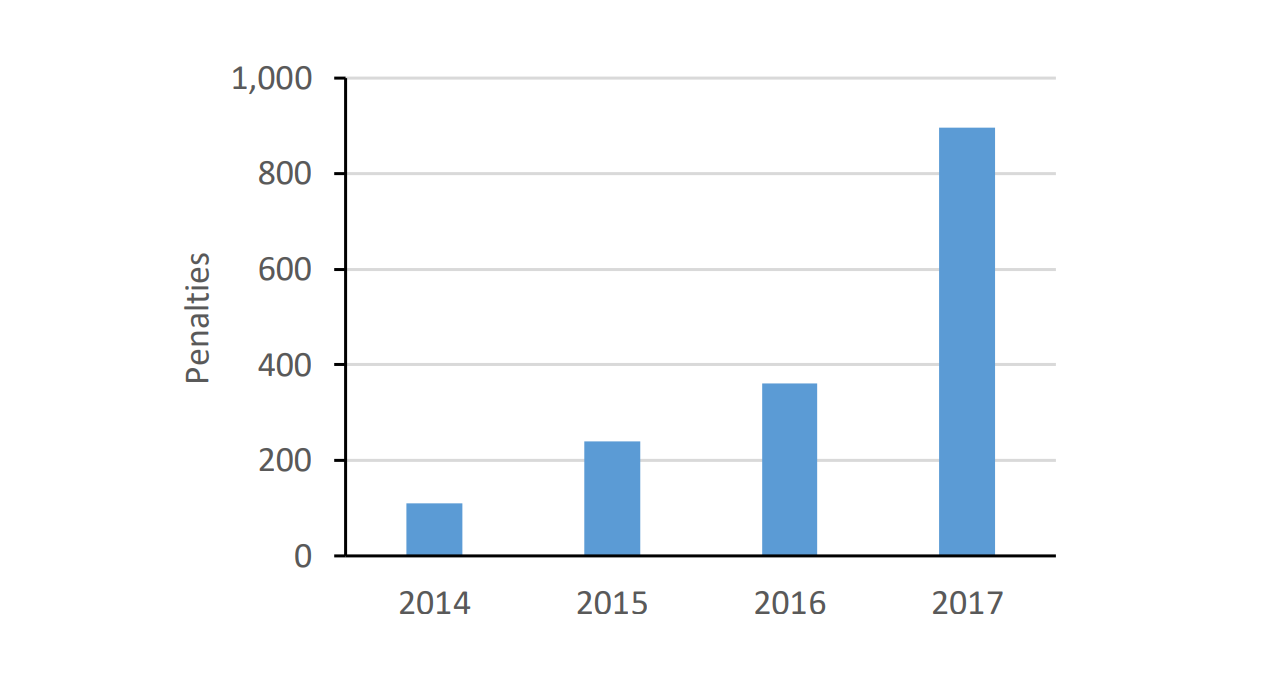 The figures, based on information provided by exam boards, show that access to a mobile phone was the main cause for student penalties this year.

Half of all student penalties were issued for access to unauthorised materials: 78 per cent of these involved a mobile phone, 19 per cent accessed study guides, and the remaining three per cent involved other materials.

Plagiarism, the second largest category of student malpractice after the use of authorised materials, accounted for 17 per cent of penalties.

The vast majority of these (86 per cent) were in computing. Maths and computing together accounted for over a third of all student malpractice penalties in 2017.

This was the first year that subject level data was collected in this way.

Computing tests caused a stir last year, when in November Ofqual proposed that a 20-hour non-examined assessment in computer science should no longer count towards pupils’ overall GCSE grades, after “widespread rule breaches” in which tasks from the test were posted online.

The watchdog carried out a consultation on changes to the assessment after it discovered that tasks and detailed solutions were posted on forums and viewed “thousands of times”. The consultation ran until noon on December 22, and a decision is expected next week.

Under Ofqual’s preferred approach, pupils will still sit the test, but it won’t be formally marked or count towards their final grades. Instead, pupils will receive feedback on the test from teachers, to help them prepare for exams.

The 895 penalties issued in 2017 were handed to 685 individual members of school and college staff.

The majority of staff found to be cheating were given a written warning, totalling 495 cases out of 895. This is was a 194-per-cent increase on 2016, when  170 written warnings were issued.

The second most common penalty for staff was the requirement for training or mentoring, which saw a drastic increase of 414 per cent, from 35 cases in 2016 to 185 in 2017.

The number of written warnings issued to schools or colleges decreased by 49 per cent this year, from 125 in 2016 to 65. In contrast, penalties requiring schools to conduct a review and provide a report increase by 62 per cent, from 30 to 45.