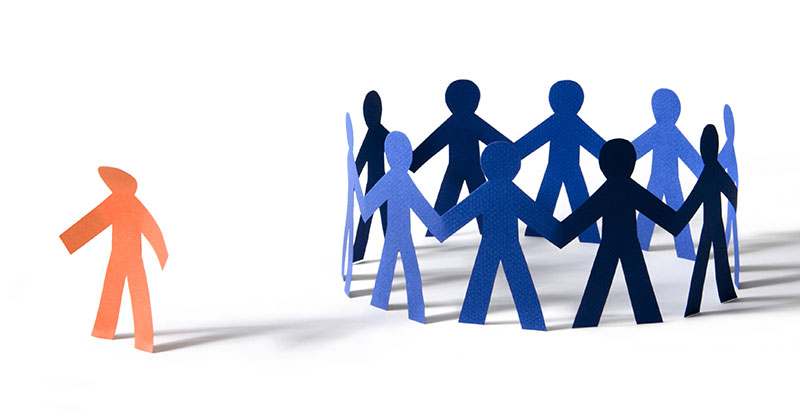 Racism is “not discussed enough in schools”, a union leader has claimed, after new research found Black, Asian and ethnic minority (BME) teachers are given “stereotypical responsibilities” like organising Black History Month as opposed to challenging leadership tasks.

A survey of more than 1,000 BME teachers, conducted by the Runnymede Trust for the National Union of Teachers (NUT), revealed one in three had not applied for promotion and many felt they given less challenging tasks because of their skin colour.

During focus groups completed along with the survey BME teachers said they were expected to work with classes with the worst behaviour problems or run Black History Month as that was perceived as their “area of expertise”.

If they challenged managerial decisions they were labelled “troublemakers” or viewed as “aggressive”. This was a particular issue among black teachers.

The survey found that a school with a high proportion of BME staff represented a welcoming environment, but having a high number of BME pupils made a school look less friendly.

Almost half of teachers surveyed agreed a school was welcoming for pupils of all ethnic backgrounds where the school had less than 5 per cent of BME pupils.

In schools where more than 80 per cent of pupils were BME, only 34 per cent of teachers agreed the school was an inclusive environment.

The survey additionally showed that only a third of BME teachers agreed their school was “proactive in identifying and responding to racism affecting pupils”.

A third of the sample had also never applied for a promotion, particularly females, where over 80 per cent said they had never tried to go for a higher job.

This could be explained by “structural barriers” such as racism, including assumptions about capability based on stereotypes, which respondents said were everyday experiences for BME teachers.

In particular, respondents said there was an “invisible glass-ceiling” and a widespread perception among senior leadership teams that BME teachers “have a certain level and don’t go beyond it”.

Kevin Courtney, general secretary of the NUT, said the survey showed racism “is not discussed enough” in schools, “even at a time when intolerance is increasing within society”.

“These findings remind us that it is a defining feature of BME teachers’ lives and deeply affects the experience of young black people,” he said.

“Children come to school in a world that is not equal. BME teachers and pupils face racism in the streets, in popular culture and in employment. Strategies to better use the potential of schools and colleges to reduce racism are urgently needed.”