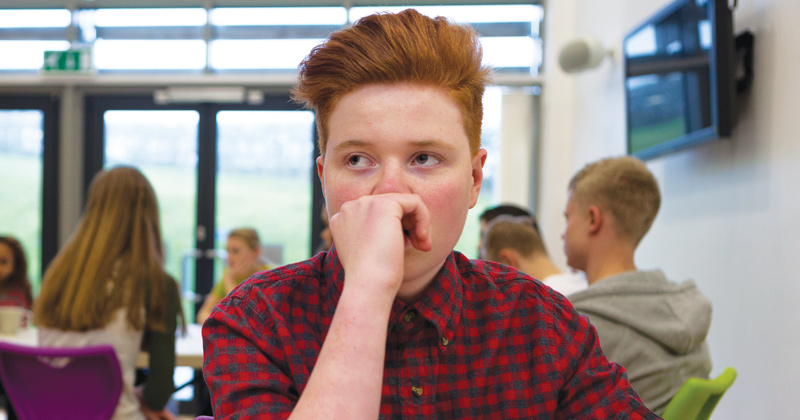 Pupils are in danger of missing out on higher education due to a “mismatch” between university expectations and the new GCSE reforms, Schools Week has learned.

Schools were previously judged on pupils’ achievements in English language at GSCE level, but this year’s changes to the exams now see English literature used as an equal mark of success.

However, many universities are still looking for a standard pass in English language experts say schools must not de-emphasise the subjects.

Pam Tatlow, chief executive of MillionPlus, the association for modern universities, told Schools Week that the government had created “a potential mismatch with university entry requirements”.

“Schools, as well as universities, will need to give clear guidance about this,” she warned.

New measures introduced in 2016 permitted pupil performance to be gauged in either English language or literature GCSEs, rather just on language results.

Under this system, teachers can choose to prioritise literature over language in their teaching if a pupil is stronger in that subject. If the pupil does poorly in language but achieves a C/4 grade in literature, the school may decide they do not need to resit their language exam.

But a minimum C/4 grade in English language is still an entry requirement at a number of universities across the country, including Warwick, Manchester and Kent.

“It depends on the course, but there’s no doubt about it that universities do use English language as a kind of filter,” said Tatlow.

Steve Adcock, of the academy chain United Learning, is concerned about this mismatch and wants to appraise school leaders of the problem.

“As schools grapple with exam reform we must continue to prioritise the interests of our students, and ensure that they leave our schools with the qualifications they need for their future, regardless of whether this shows up on performance tables or not,” he said.

Most universities told Schools Week that they would be sticking with the current requirement.

A spokesperson for Kent said it had “no immediate plans” to change its language requirement, though he conceded the university was aware of “the possible impact” of the reforms, and that it would consider applications “in the round”.

A spokesperson for Warwick also said there were no current plans to make changes, but admitted the situation was under observation.

Simon Bullock of the Quality Assurance Agency for Higher Education, an independent quality body, said that while “universities are free to set their own entry requirements”, they should keep “up to date with what’s happening in schools” to ensure prospective students have “the best possible chance of success when they apply”.

Entry figures for both English literature and language rocketed by around 50 per cent last year, though according to Ofqual this was because many private schools had ditched international GCSEs.

A Department for Education spokesperson said there was “no reason” why the current reforms “should make it harder to progress to further study or employment”.