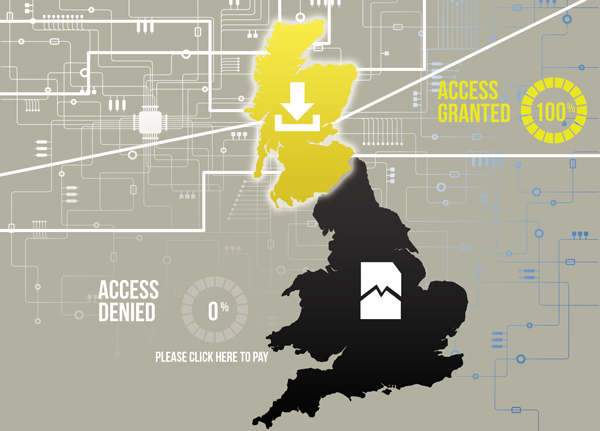 After a trial last year, the General Teaching Council for Scotland (GTCS) has renewed its scheme for teachers north of the border to access academic journals free.

Teachers have access to more than 1,700 journals under the scheme, which costs £21,000 a year – just 29p for each Scottish teacher.

Teachers in England set up a petition 12 months ago to push the Department for Education (DfE) to set up a similar scheme, gaining the backing of high-profile academics.

The department told Schools Week at the time that it was consulting on proposals to fund a similar portal to allow teachers to access research and evidence.

But now, a year later, a spokesperson admitted they were still “exploring the best and most cost-effective options.

“The model used by Scotland is encouraging and we are looking into it as part of ongoing work to continue improving access to evidence,” the spokesperson said. There was no timescale for when a decision would be made.

The petition launched last year has signatures from more than 700 teachers and academics.

English teacher Dr Vincent Lien, who set it up, said this week the slow progress on improving access could be down to the lack of an English teaching council.

But he said it was fundamental for teachers to be able to access research. It would also allow school-centred initial teacher training centres to continue to develop high quality training.

“I believe that the construction and distribution of professional knowledge is essential in teachers’ work.

“An empowered teaching profession will improve the quality of education and the profile of the profession.”

The GTCS scheme was renewed in September after it attracted more than 66,000 searches in its first year. Seventy-five per cent of teachers surveyed after they used the resource said they would use it again.

Kate Adams, customer engagement co-ordinator at the GTCS, said: “It’s been welcomed by teachers. The people who know about it are really happy with it and we’re engaging with as many people as we can so they know it’s available.”

Paid membership to the College of Teachers – the professional educational institute for teachers –includes access to the same library of resources. However, the college is no longer taking new members.

Angela McFarlane, chief executive of the college and founding trustee of the newly-planned College of Teaching, said there was “no reason” this access could not continue when the new organisation was launched. Membership of the new group is expected to cost at least £35 a year.

“Certainly an evidence-informed approach is at the heart of the current proposal [for the new college] and this means access to research, plus an environment in which an active dialogue among teachers and researchers can be fostered,” she said.

“The implications of research for practice are as important as the evidence itself.”

A DfE spokesperson said: “The government is keen to support the use of research and evidence in teaching and the Education Endowment Foundation has made great strides in making this more accessible.”

The NHS has a scheme that allows staff to freely access electronic journals.