Emma Sheppard is on a mission to make it easier for parents to stay in teaching – and to move into leadership roles – and one way she intends to achieve this is by making it acceptable to bring babies to conferences.

There’s pressure on Sheppard on the day we meet. First, I’m showing up at her house just two weeks after the birth of her second child. Second, she is pondering how to dispel the myth, sparked on social media, that she’s a heartless careerist who cares more about keeping up with her co-workers than spending time with her babies. And third… I think she’s worked out I’m a little sceptical of her claim that schools aren’t parent-friendly.

For transparency’s sake, I should probably confess that before I met the founder of the MaternityTeacher PaternityTeacher project, the entire undertaking bugged me.

As a mother who has spent years pawning off children to relatives and summer camps, part of me figured she should just get on with it: with 13 weeks of paid holiday a year, isn’t teaching the family-friendly profession par excellence?

I just thought instead of looking for role models, I’ll be that role model for other people

We meet on a clear January morning in Wimbledon, early on in Sheppard’s second maternity leave. Slanting sun colludes pathetically with the Victorian brick house fronts to lend a glow of domestic bliss as mother and toddler greet me at the door. Eyes stare up at me from knee-height – this is Hugo, I’m told, he’s fine with strangers. Toddler and interviewer are steered into the front room: “The clean one – please stay in here”.

It’s clear this will be no standard interview: Sheppard whisks the dictaphone out of Hugo’s reach then spends the next 40 minutes holding it to her mouth as she leaps around the room, replacing noisy toys with softer ones, displacing mugs of tea, selecting books that will temporarily distract. If all the while she manages to maintain a hawk-like focus on our conversation, mine is sporadic.

Once the small creature contently settles into my lap, my heart rate slows; points of policy matter less.

Which is, presumably, one of the reasons for the mantra she kept hearing on her first maternity leave: “Take it easy. This is a precious time in your life. Don’t try and fight it.”

But Sheppard got bored, “essentially in the first two weeks”.

“I just didn’t know what to do with myself.”

She took some online courses with FutureLearn and spent time thinking about resources and English lessons, but it wasn’t long before she began to dig into the research on the gender pay gap, and started comparing herself mentally to her male co-workers, realising how much faster they would get promoted. When she blogged about it, however, the responses tended again to advise her to stop worrying and enjoy the time out. 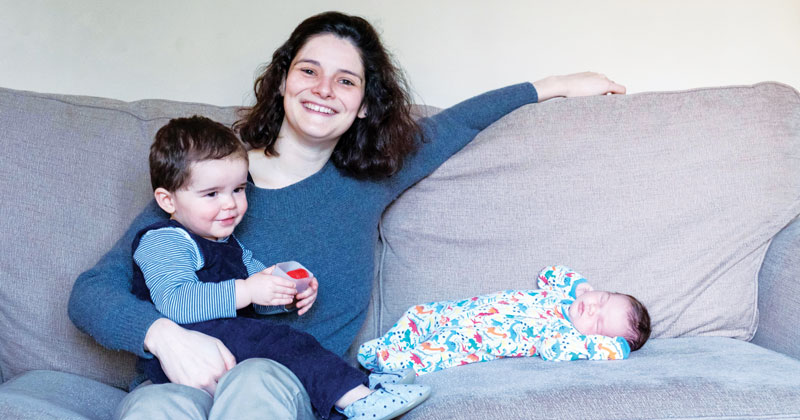 “But nobody was saying, ‘Yes, do some CPD, develop yourself, keep learning’. It was very much a case of ‘this is a time for domesticity, so just like it or lump it’,” she says.

Sheppard describes herself as “solutions-focused”, in the sense that “I don’t like to complain, and I don’t like the sort of angry feminist voice. So I just thought instead of looking for role models, I’ll be that role model for other people. And that’s where it started.”

The MTPT project (currently her and six other volunteers) aims to support teachers who choose to do CPD while on parental leave, by creating a community, providing coaching and helping them get recognition for the tricky-to-certify professional development many will do during this phase.

One of the teachers in the pilot researched student wellbeing and is now running an art therapy club; another is a maths teacher who looked into low-stakes testing and attended ResearchEd through live streaming.

“So the minute they go back, they’re able to sit down with their line manager and say ‘I have value; use my skills effectively. I haven’t stopped, I’ve just taken my path in a slightly different way’.”

She wants returning teachers to have the confidence to negotiate things like flexible hours with leadership positions and TLRs.

If schools have cultures that are appropriate, and facilitate being a parent, they’re going to be a happier place for everybody

But can they really put the same amount of energy into the job? “I don’t think any job should require so much time and energy that you can’t have a life outside of your job as well. The whole idea that people who are working all the hours that God sends, and not spending time with their families or friends, or having walks in the park or taking their dog for a walk or whatever, have somehow got it right. I think that’s really bonkers. That’s not what we should be striving for.”

She insists that outcomes are more important than hours. But the question remains: Can you, as a mother, really get the same outcomes when you’re constantly sleep-deprived and your baby is ill every second week during the first year at nursery?

“I think that’s a huge stereotype and a misconception,” she retorts. She’s riled that nobody’s asking the same question of men who are parents, but more to the point, is adamant that once you’ve had kids, you become more efficient at managing your time. She recalls her GP asking how many hours she worked when she was pregnant, “and I wrote down 60 hours, knowing that I worked about 70 a week because I didn’t want the GP to worry”.

Now her student outcomes have improved, through prioritising the things that are important. 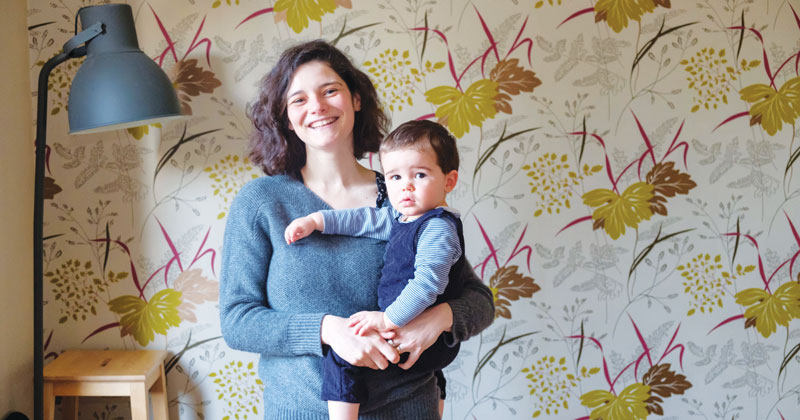 “It’s just about being confident in your pedagogy,” she insists. “It’s about working efficiently within the restrictions that you have, rather than saying in order to be a good teacher you have to do this amount of time or this many animations on your PowerPoint.”

An ex-Teach Firster, Sheppard is now an English lead practitioner at a London Harris academy, and in addition to teaching, she mentors trainee teachers and contributes to improving teaching and learning across the school.

A lot of women and men who are getting to their thirties and having children are experienced practitioners who “shouldn’t necessarily be used just at the coalface”.

“They have a lot of skills that can be used in different ways that don’t necessarily take up the same amount of time as teaching, planning, marking,” she explains.

The pat claim that long holidays make teaching the world’s most parent-friendly profession doesn’t wash with Sheppard, who insists that schools need to do more: on-site crèches, discouraging presenteeism, sending calendars out in advance so people can organise childcare, offering co-leadership positions, and even just adding the words “part-time considered for the right candidate” to job adverts. She reckons this would even improve teacher wellbeing and aid retention across the board – “if schools have cultures that are appropriate, and facilitate being a parent, they’re going to be a happier place for everybody”.

I’m not saying that them taking their kid to Shake and Sing makes me feel bad as a parent, because I’m not doing those things

Fair enough, but what about those mums who just want to forget about work for a few months and enjoy time with their baby? Isn’t this project putting pressure on other parents?

“Why should I not be able to look after my wellbeing and make decisions about my life, and the way that I want to be happy, which comes a lot from my career, because I might upset somebody else who is not making that decision?” she replies. “I’m not saying that them taking their kid to Shake and Sing makes me feel bad as a parent, because I’m not doing those things. It’s all about choice.”

As I step out the front door, the light throws long shadows on a group of women exercising in the park across the road, near a huddle of prams. “Look, buggy fit!” she exclaims. “I don’t feel guilty – I’m going to go read a book.”

A few days later, I’m tagged in a tweet. The hosts of a weekend CPD event are pictured holding Sheppard’s baby, and she’s giving them a shout-out: “Explicit welcomes like this create #familyfriendly #inclusive #CPD cultures and build confidence for parents.” 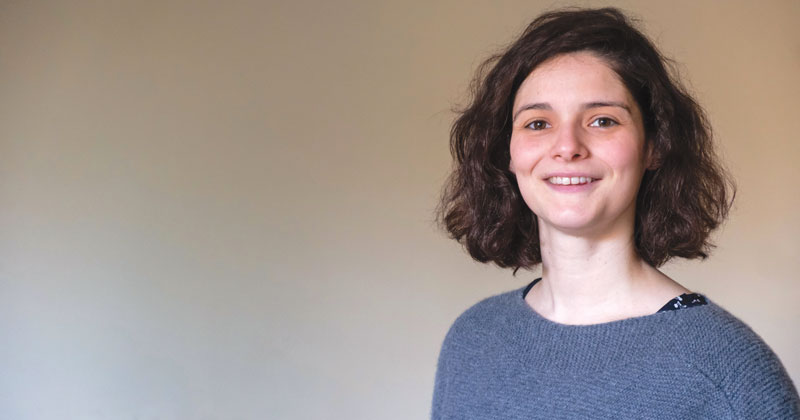 The more she niggles away, stating and restating her point, clear in her messaging, the more impressed I am by her refusal to settle. Specifically, by her boldness to challenge the British working-parent paradigm, where it can feel as if you’re expected to box away your children and your parenthood, disappearing from professional life entirely until you’re ready to engage with it as if nothing had happened.

It occurs to me that my initial gut reaction was little more than an unconscious aversion to upsetting the status quo – challenging the wisdom of the tribe, if you like. But having listened to her arguments, it seems obvious that the MaternityTeacher PaternityTeacher project isn’t a threat to anything – and that Sheppard is just the latest in a long tradition of brave women pushing back the bounds of what is deemed acceptable.

What is your favourite book and why?

I always say Catch 22 to this, because I did it for my dissertation, but I’m not sure it is any more. I just really love the humour in it, and the antihero. It’s completely absurd and bizarre but at the same time has really important messages about anti-war stuff. I was obsessed with war fiction at university.

What made you decide to be a teacher? 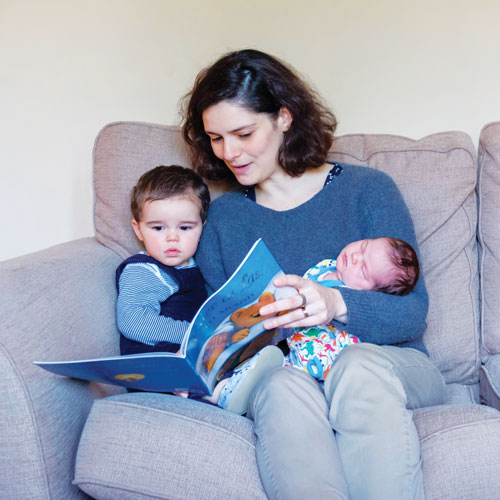 I was working as a church youth worker, and talking to girls about their terrible lives, and realised I didn’t want to be a youth worker or a social worker, and that I couldn’t be their mother but I could get them through their GCSEs. I just thought “I can’t help you, but I can open doors to you to help yourselves through education”.

If you could have a billboard featuring a piece of social art, what would yours look like?

Oh, something about positive outlook: “Life is what you make it”, or “It’s not to do with the reality, it’s your perspective of reality”, something about that. You can make all of those situations positive if you have the right outlook.

The last eight years have taught me that you can never really plan things. The project, I could never have been able to plan that, and that’s been amazing. Marrying a Frenchman in Vietnam, I didn’t plan that! So I would like to have positive impact in whatever form that takes.

What’s your most memorable foreign experience of being abroad?

Teaching at the British International School in Vietnam for two years was amazing, but one of the most memorable things was travelling on my own in South America for four months when I was 21. Just proving to myself that I could get out there, do my own thing, learn Spanish, get around by myself, when a lot of people said “you won’t come back alive if you go there on your own as a woman”.