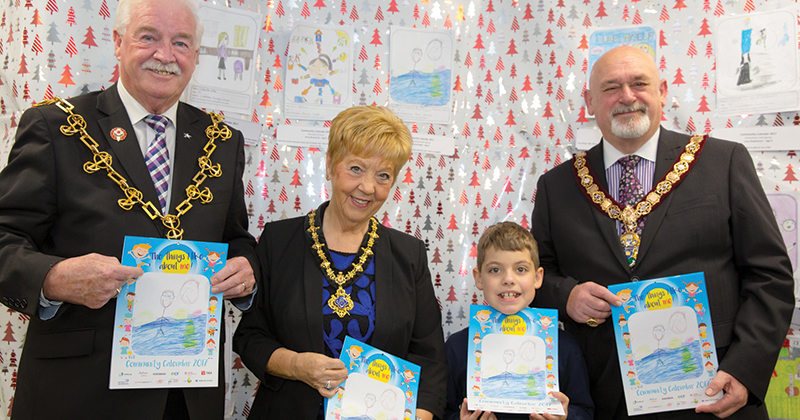 An eight-year-old’s artwork has been chosen to feature on the front of the 2017 Teesside community calendar.

Thomas Neal, a pupil at Kirkleatham Hall school in Redcar, took part in a competition that asked local schoolchildren to create a picture around the theme “Things I like about me”.

His picture will now be seen in the 20,000 households near the Wilton, Billingham and North Tees industrial sites that receive the calendar, and will feature alongside the work of 12 other pupils.

The competition was judged by the mayors of Redcar and Cleveland and Stockton, with representatives of companies that financially support the calendar, community groups, the Environment Agency and the Health and Safety Executive.

Now in its 28th year, the calendar – organised by local companies –  tells local residents key health and safety information such as times of alarm tests on the industrial sites.