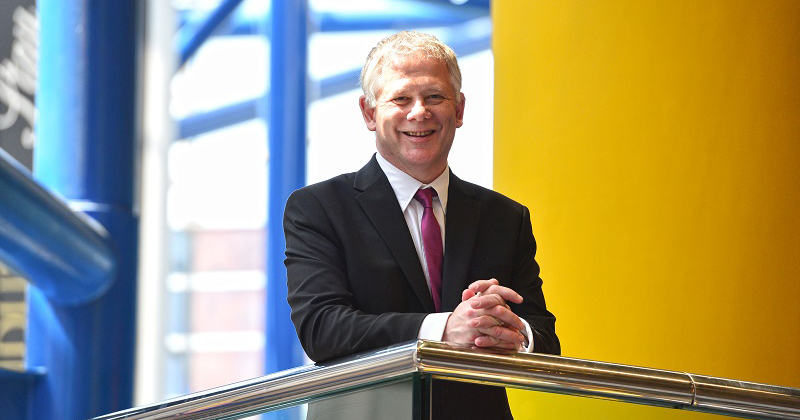 Steve Munby has announced that he will step down from his role as chief executive of Education Development Trust next August.

Munby will have led the education charity, formerly known as CfBT Education Trust, for almost five years when he leaves in 11 months’ time.

It comes at a time of heightened change at the trust following the departure of Chris Tweedale, the former boss of CfBT Schools Trust, which runs 16 schools sponsored by Education Development Trust. Tweedale has joined multi-academy trust Aldridge Education as its chief executive.

During his years in charge, Munby led on the organisation’s name change last January as well as playing a key role in the charity’s international presence, with education programmes now delivered in the the Middle East, Sub-Saharan Africa, South East Asia and India.

“Nobody knew what CfBT stood for and it didn’t represent what we did, so we changed it to Education Development Trust because that is what we actually do; we are an education charity about improvement and development,” he said.

“I am very proud of the impact our team has made around the world.”

Munby was previously chief executive of the National College of School Leadership and director of education in Knowsley, Merseyside, and was awarded Commander of the British Empire for his services to leadership in schools and children’s services.

He says he plans to leave “on a high” and is proud of the position in which he will leave Education Development Trust.

“I’ve got 11 months to go and I’m planning on leaving on a high. I’ve got lots more to do and make more of a difference but I do think we are in a better shape now than we were when I started,” he told Schools Week.

“We are now built on a good foundation and in good shape for the future.”

Philip Graf, chair of the board of trustees, paid tribute to Mundy’s services to Education Development Trust and said he was “very sorry to see him go”.

Munby says he will still stay involved in education, “albeit not working full time”.

Trustees at Education Development Trust have now started their search for a new chief executive.